Twice-Baked Greek-Style Potatoes Are Worth the Carbs 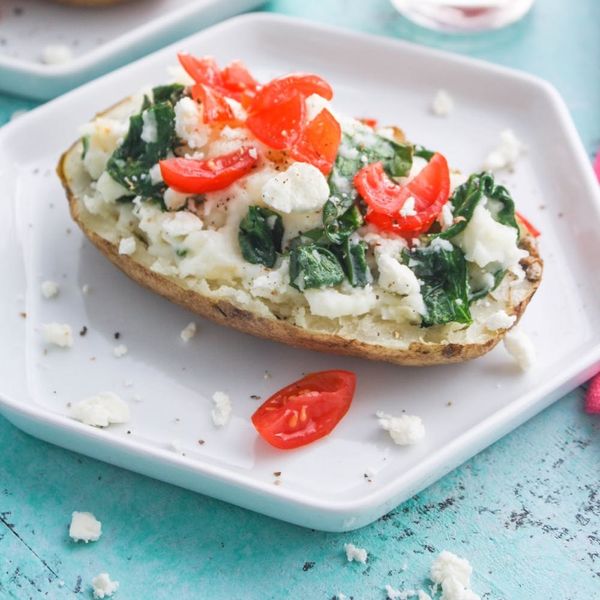 When a carb craving hits, go for twice-baked, Greek-style potatoes to make it worthwhile. This recipe is not only easy to make and filling, but added veggies like onion, spinach, and tomatoes give the dish vibrant color.

After a day at work, pop a few potatoes in the oven to bake for around 50-60 minutes.

This recipe is for two potatoes and can serve two to four people, and it can easily be reduced in half. Whatever the day calls for!

Patricia Conte
Patricia is a freelance writer, social media ace, and food blogger who loves to cook and eat. She grew up surrounded by her Italian immigrant family who treated even everyday meals as a celebration. You can read more of her work on her blog, Grab a Plate, where she shares her experiences and recipes that help make each meal memorable. Patricia is a lifelong Cleveland Cavaliers fan originally from Akron, Ohio, and now lives in the desert Southwest of Phoenix, Ariz.
Comfort Food Recipes
DIY Recipes
Comfort Food Recipes Dinner Recipes DIY Vegetarian Recipes
The Conversation
More From DIY Recipes