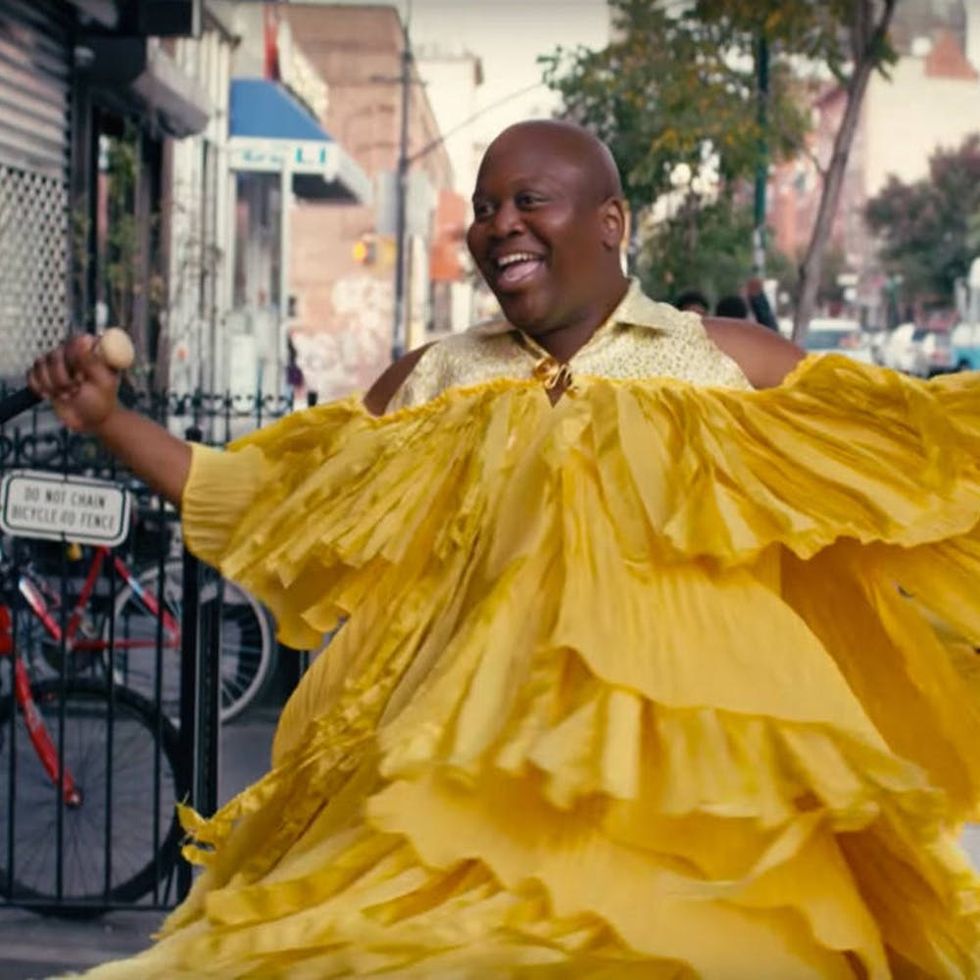 Eeeeverybody is talking about Beyoncé today — like the fact that her Grammys performance was basically her pregnancy Instagram come to life and her tearful reaction to Adele’s acceptance speech — and now we have another reason to spread the Bey love. The folks over at Unbreakable Kimmy Schmidt have put together an incredible new video to let us in on the premiere date for season three and, natch, it’s all about Bey. And not only that, it is in fact an amazingly fun tribute to Beyoncé’s “Lemonade.”

Addressing (SPOILER!) Titus’s break-up with Mikey, we’re first told to “join the formation” before we see one of our fave characters doing his best Bey impression. Claiming that he “doesn’t care” (or “curr”) in a Beyoncé-esque headpiece, we then see him spinning and twirling through the streets in a perfectly frilly yellow dress while carrying a baseball bat and smashing his ex bae’s truck in an epic “Hold Up” tribute.

Too funny! Too perfect!

So, when can you catch season three? It will hit Netflix on May 19, which means you have just enough time to re-watch the first two seasons before returning to the big, bright world of Kimmy Schmidt.

Are you excited for season three of Kimmy Schmidt? Tweet us @BritandCo!

Desiree O
Desirée O is a ‘Professional Bohemian’ who loves anything and everything related to the arts, entertainment, and pop culture. She ADORES being a ‘Newsy’ for Brit + Co, covering all of the latest tidbits of awesomeness that you want to read about. When she’s not writing, she’s either making messy art, going on long adventurous walks with her camera, or poking around over at bohemianizm (http://www.bohemianizm.com/). You can find out about Desirée O and her work at http://DesireeO.com/ or follow her on Twitter @DesireeO.
Beyonce
Pop Culture
BeyonceNetflix

Why I Canceled Christmas One Year (And What I Did Instead)

Get A Head Start On 2023 With These Winter Hair Colors

This Winter Playlist Has Nothing To Do With The Holidays