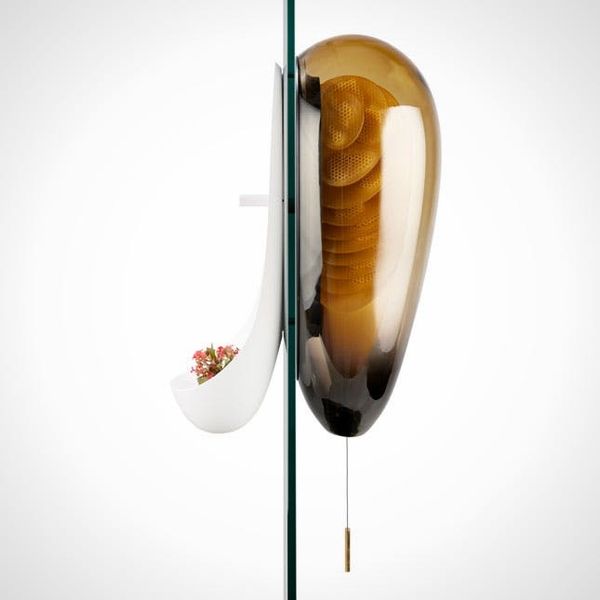 First off, you can go ahead and cue up Honey by Mariah Carey, because if you like the sweet stuff, you just might bust a move over the awesomeness of this new take on beekeeping. That’s right. Beekeeping. The innovators at Philips have just unveiled the Urban Beehive, a stylish new beehive concept that lets you become a beekeeper in the comfort of your own home.

Designed to give kids and grownups alike a glimpse into the (secret) life of bees, this in-home beehive lets you get up close and personal with honey production, from flowers to honeycombs.

The beehive consists of two parts: the entry passage and flower pot outside, and the glass vessel containing an array of honeycomb frames, inside. The glass shell is tinted, allowing for light to filter through the orange wavelength bees use for sight. The honeycomb frames are designed in a texture that lets the bees build their wax cells on.

When you want to open the hive and harvest your own honey, smoke can be released to calm the bees before you dive in, just as with traditional beehives.

What’s so cool to us about this innovation is the fact that it’s preserving traditional beekeeping in a modern way. It also brings production right into the home — similar to a 3D printer, herb garden, and the like.

This beehive is still in concept mode as part of Philips Microbial Home Probe, a far-future design concept. We’ll be the first to let you know once this hits the market.