Forget the Lob, *This* Is the New Celebrity Haircut You Need 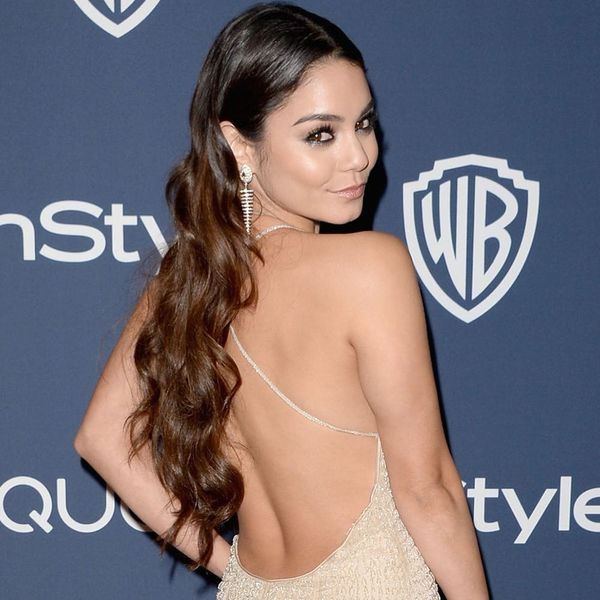 Celebs are always making major hair transformations in the styling sense – we’ve seen some pretty super dramatic color transformations (lookin’ at you, Kim K), cool red carpet updos and we were even introduced to an up-and-coming shade of red in the last couple months. Still, it’s been awhile since any stars have debuted a totally new cut to inspire us the next time we head to the salon. Well, it’s our lucky day — Vanessa Hudgens took to Instagram yesterday to debut some freshly chopped locks.

The boho-lovin’ actress used to be known for her super long hair, but she’s been slowly going shorter for about a year now. Last spring Hudgens chopped off a few inches, debuting strands that were slightly below the shoulder, then later in the year, she moved on to the super trendy lob and now it seems the star is fully committing to the short hair club with a classic, above-the-shoulders bob. Alongside her Instagram, she added the caption, “Who needs a lob when you can have a bb (blunt bob)!!”

Considering just about everyone and their moms are rocking lobs these days, we’re totally in favor of the shorter spin on the style. It looks fresh, feminine and perfect for starting a new season off on the right foot. Also can we chat about that hairstyle name – how good is that? We’re tempted to head to the hairdresser solely based on the fact that we could then go around telling people we just got a “BB cut.” We have an inkling that this may be the start of a farewell to lobs. Spring is on the horizon and we’re guessing a whole lot of BBs are going to be coming right along with it.

Would you change your lob to a blunt bob? Have you done it already? Share a snap with us in the comments below!