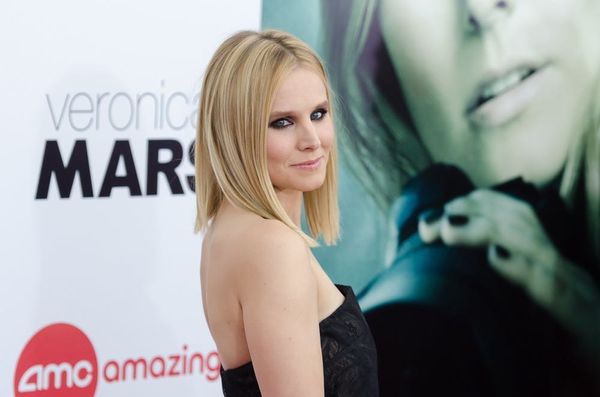 Get ready, Marshmallows! Hulu just announced that the upcoming eight-part Veronica Mars miniseries will premiere on July 26. And as this first teaser makes clear, our favorite private eye — played, of course, by Kristen Bell — is ready to be back in action.

“Spring break in Neptune,” Bell, in character as the formidable sleuth, narrates in voiceover, as the camera zooms in on her packing up essential items like her phone and a camera. “That means drunks, derelicts, flashers, frat boys, sorority vomit, pickpockets, bottomless drinks and topless dancers, street scum, and beach bums. And that’s just the walk to my car.”

Then she holds up her final item, her trusty taser, as her voiceover quips, “Fortunately, I’m good to go.”

According to Hulu’s description, the reboot picks up as “spring breakers” are being murdered in Neptune, which is both terrifying and detrimental to the seaside town’s tourist industry. That’s when Mars Investigations is called in by the family of one of the victims to solve the case and find the killer.

Bell warned earlier this month that the reboot may raise a few eyebrows among loyal Marshmallows. “This will be a controversial season,” she told E! News. “Let me just say that. I am excited for people to watch and I am also probably going to stay off the internet once it airs.”

The original Veronica Mars series ran for three seasons on UPN and The CW from 2004 to 2007, before hitting the big screen in 2014 with a partially fan-funded film that was released in limited theaters, online, and on DVD. The new miniseries is set after the events of the movie.

Watch the new Veronica Mars episodes when they hit Hulu on Friday, July 26.

RELATED: That Veronica Mars Revival at Hulu Is Officially Happening — Get the Details!

Desiree O
Desirée O is a ‘Professional Bohemian’ who loves anything and everything related to the arts, entertainment, and pop culture. She ADORES being a ‘Newsy’ for Brit + Co, covering all of the latest tidbits of awesomeness that you want to read about. When she’s not writing, she’s either making messy art, going on long adventurous walks with her camera, or poking around over at bohemianizm (http://www.bohemianizm.com/). You can find out about Desirée O and her work at http://DesireeO.com/ or follow her on Twitter @DesireeO.
Celebrity
Streaming
Celebrity Nostalgia Streaming TV Women in TV
More From Streaming