These Bike Whiskers Seriously Up Your Cycling Safety Game 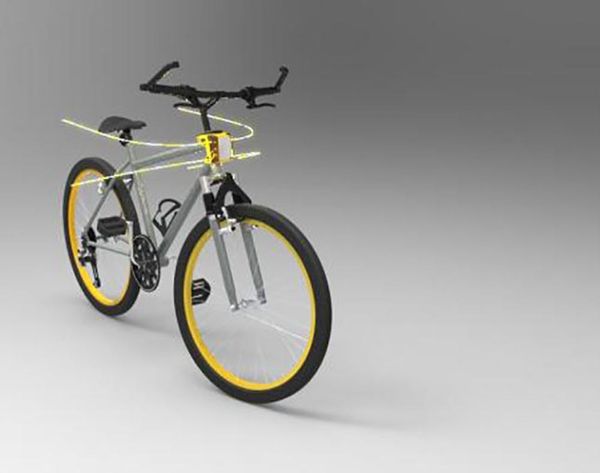 Forget starting up your engines. Biking is where it’s at. It’s good for the environment, it’s good for the thighs and it’s way easier on the wallet, but it’s not without its drawbacks; safety is far and away the biggest concern for cyclists. So what can be done about that?

VibriSee addresses a number of safety concerns. The whiskers’ combination of “fluorescent bands and stripes of emitted light” help increase rider visibility, both during the day and at night. The whiskers can be manipulated into different configuration, which allows cyclists to signal for turns or other intentions. Finally, the whiskers flair out giving cyclist full use of a lane in cities where bike lanes don’t exist. If you’ve ever done any high-traffic urban pedaling, at some point, you’ve had a car encroach on your space and you know how nerve-racking that can be. The whiskers prevent cars from passing you in the same lane, making both you and the car safer, since often times they’re passing into oncoming traffic.

But before you start getting too excited, know this: You won’t be able to purchase VibriSee anytime soon. There’s currently no immediate plan to put VibriSee into production. But it’s reassuring to know people are continuously working on improving the safety and enhancing experiences for cyclists. If you’re really intrigued by the idea of bike whiskers, maybe some flexible pipe and battery-operated string lights are the key to creating your own set at home.

Would you want to purchase a VibriSee? How do you keep yourself safe when on the road? Let us know in the comments below or on Facebook!

Ashley Garcia
Ashley is a foodie and tea aficionado who loves photography, travel and washi tape and possesses more books than she does bookshelf space. She is always on the lookout for her next great DIY project.
Cycling
Tech
Cycling