Watch These 4 Shows If You Love Emerald City 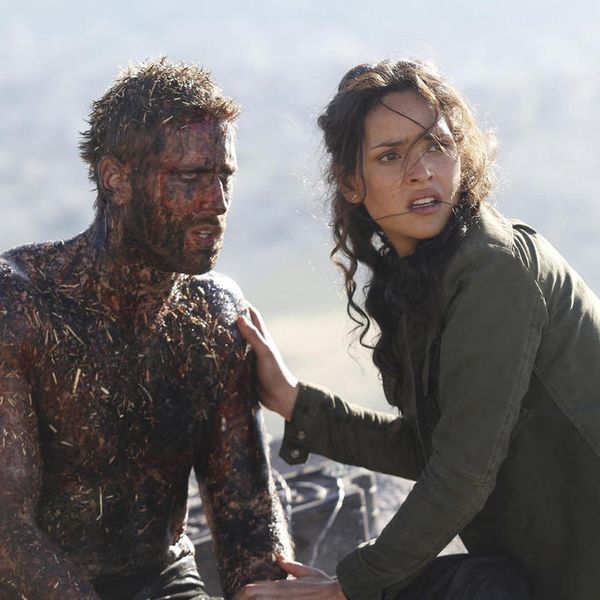 NBC’s new series Emerald City is a darker, sexier take on L. Frank Baum’s classic The Wizard of Oz, and it’s quickly grabbed people’s attention. Now that we’re a little over halfway through the first 10-episode season though, it’s time to start looking for your next fix.

IF YOU LIKE FAIRY TALE REWRITES, WATCH ONCE UPON A TIME

Fairytales are not just for children, and Once Upon a Time proves that. Filled with dark and twisty takes on famous storybook characters like Cinderella, Snow White, Belle and even Elsa and Anna, this show interweaves their stories in a truly unique way. While you’re treated to the familiar good vs. evil trope, you’ll also see quite a bit of the good guys not getting their happy endings. Watch on Netflix. (Photo via ABC)

Supernatural is the longest-running genre show on TV. It’s been going since 2005, and it’s still just as amazing as it was on Day 1. You’ll get your fill of urban legends and monsters (everything from vampires and wendigos to evil clowns). You’ll join the fandom for the monster-killing and general badassery, but you’ll stay for Sam and Dean and their brotherly bond. Bonus: If you watch long enough, you’ll even see Dorothy Gale — and she’s just as dark as Emerald City‘s Dorothy. Watch on Netflix. (Photo via The CW)

IF YOU LIKE REAL LIFE WITH A HEALTHY DOSE OF FANTASY, WATCH SLEEPY HOLLOW

It’s been hundreds of years since Ichabod Crane’s death. But that doesn’t mean he isn’t alive and well. Much to his surprise, he awakens in 2013 to find that his life is inextricably linked to the Horseman’s — yes, that Horseman. He teams up with Lt. Abigail Mills to hunt down any information about the strange events surrounding his reappearance and what it means. Watch on Hulu. (Photo via Fox)

Lucifer is the literal devil, but you’ve got him pegged all wrong. While he does enjoy a little bit of mischief and a lot of clubbing and drinking, he isn’t evil, and he is endlessly fascinated by humanity. When he teams up with a detective who possesses street smarts and wit to match his own, he also finds that she has an inherent goodness, something he thought had long been lost in humanity. Despite himself, Lucifer finds himself growing closer to her. This devil may just care. Watch on Hulu. (Photo via Fox)

Shea Lignitz
Shea can be found in the nearest bookstore or brewery, exploring the great outdoors, or blasting Led Zeppelin. She grew up in the cold and rain of Northern California's redwoods but is currently wandering around Texas.
Streaming
Pop Culture
Streaming
More From Pop Culture