7 Ways to Be More Creative in 7 Minutes 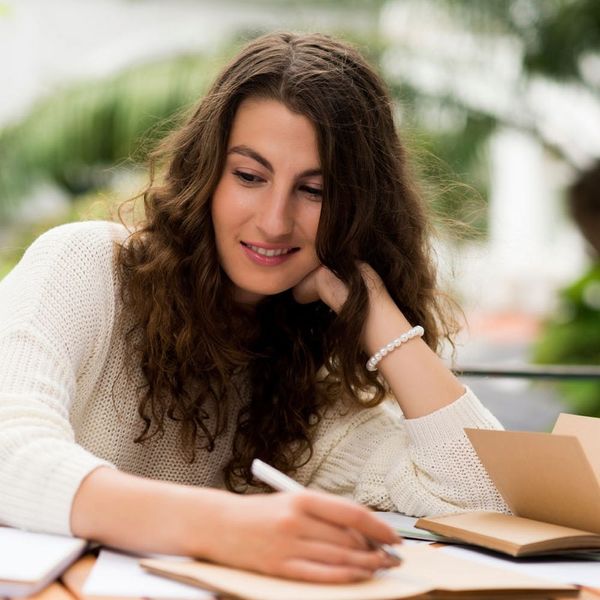 Creativity: As kids we seemed to be bursting with it, but sometimes it feels like an actual strain on our brain when we are asked to “think outside the box” — especially when it comes to being creative at work. But there are a few simple ways to stay creative, and it won’t take you long at all. Scroll on for seven quick ways to boost your creativity in just a few minutes.

1. Imagine yourself as a creative person. When you think of creative people, who comes to mind? Maybe Lady Gaga, J.J. Abrams, Steve Jobs or Beyoncé? Well, according to a new study by researchers at the University of Maryland, if you just think of yourself as a very creative person, you will start thinking more creatively! The study, published at online journal PLOS One, finds that it can be very useful for people to identify “stereotypes that can inhibit or enhance creativity… especially in domains where improving the creative performance of individuals is an important goal.”

2. Think less. Well, this sounds great. But seriously: Clear your mind. This means no texting or phone games, or even reading a silly article. Step away from the screens and go for a walk — just stop thinking. Then come back, and the creative juices will start flowing.

4. Make a list of things that make you more creative. What really stimulates you? Is it when you are in a beautiful environment? Maybe you need to be by the sea or just in a place for great people-watching. Or maybe it’s when you’re reading a favorite book? Write down all the situations that help you be more creative, and soon you will find yourself thinking more creatively.

5. Do a boring task. This sounds a little odd, but in a 2014 study, Dr. Sandi Mann from the University of Central Lancashire asked students to find creative uses for two polystyrene cups to test their levels of creativity. Before the test she asked one group to carry out the very boring task of copying phone numbers from a telephone directly. But it turned out that doing that super mundane task made that group come up with way more ways to use the cups than the control group. So maybe delete emails, or clean up your desktop or anything that bores the hell out of you! “Boredom is a fascinating emotion because it is seen as so negative yet it is such a motivating force,” Mann told The Telegraph.

6. Be around more creative people. Who is the most creative person in the office? Try to sit by them in a meeting, and their creativity may literally rub off on you. Why do you think so many great comedy teams work in pairs?

7. Steal ideas. Not from your coworker, but take a cue from how other creative masterminds have worked, and then leverage it. Peter Benchley was inspired to write Jaws because he loved the book Moby Dick. He took an idea that spoke to him but made it his own (and added more teeth.) Just add your own teeth to an already great idea.

What’s your quick solution for being more creative? Tweet us @BritandCo and let us know!