What? Lauren Conrad and the Fat Jew Have THIS In Common 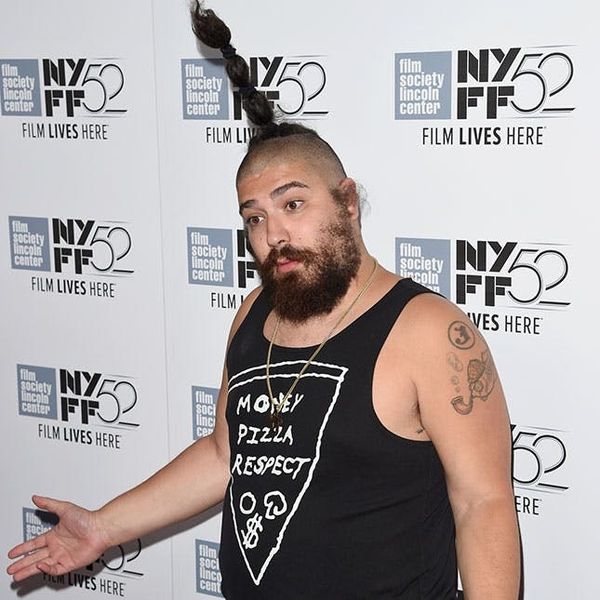 It looks like Lauren Conrad, former Hills star turned baking + DIY queen and current beach wave muse and meme master Josh Ostrovsky, aka The Fat Jew, have something in common besides their must-follow Instagram accounts: they’re both headed to the New York Fashion Week runway this fall. But the collections they’re showing couldn’t be more different: One is inspired by fairytales and the other is made for dad bods. We’ll let you guess whose is whose.

According to E! Online, Lauren Conrad will continue her streak of fit-for-a-princess designs (remember, she nailed femme frills in her Cinderella and Minnie Mouse lines) with a 35-look lineup that’s themed around “enchanted forests and modern day fairy tales.” Fangirls should freak for two big reasons (we mean, besides the fact that this is bound to be her dreamiest collection yet). Not only will there be a livestream of the behind-the-scenes prep, red carpet and catwalk when the show goes down on September 9, but after the show, the full collection will be available online and in Kohl’s stores through December at typical Kohl’s prices (yay!) — items will range from just $12-$200.

Ostrovsky’s NYFW debut, on the other hand, is being touted as an eclectic ode to dad fashion, which we’re actually really into. As The Cut reported, it’ll be more than something his 5.7 million followers can LOL (or haha?) about since Ostrovsky teamed up with the same studio that’s put on shows for prestigious fashion designers like Proenza Schouler and Alexander Wang. Apparently, he’s putting the “respect” into his t-shirt slogan/book title “MONEY PIZZA RESPECT.”

Even if these collections don’t sound like your style, one thing’s for sure, the NYFW ‘gram game is gonna be good.