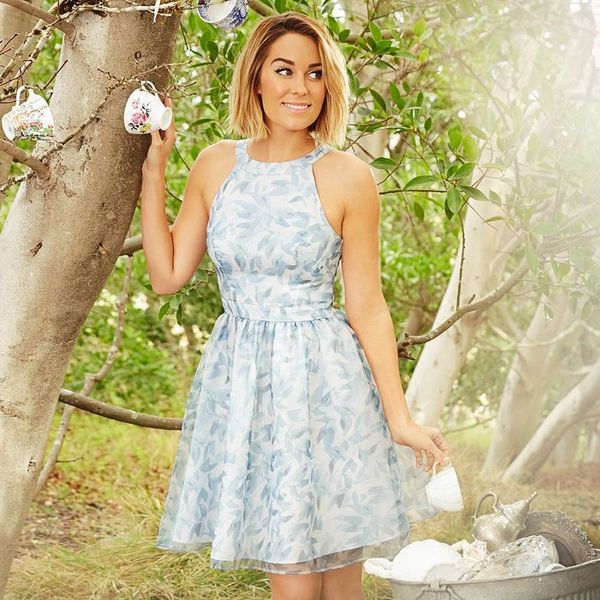 Not everyone can survive the perils of reality television and come out unscathed, but Lauren Conrad is no ordinary woman. She’s managed to go from MTV reality star to running an empire, including best­-selling books, clothing lines, a website, crafting tips and advice columns for various magazines. And in the last few years she has really shown off her strengths as a designer and philanthropist with her company The Little Market, which features the exquisite goods and designs of female artisans across the globe, as well as her popular line for Kohl’s.

This year LC got the chance to combine two things we are big fans of around here — her Lauren Conrad for Kohl’s line and Disney. Conrad kicked off the Disney-themed collections with a Cinderella line in February — that would literally make even the most unsentimental feel like a princess — and has now moved on to the iconic Minnie Mouse. You may never look at polka dots and bows the same way again. We were lucky enough to get an exclusive interview with LC about her work as a designer, what sparks her creativity and what she can’t live without in the morning.

What was your design process for the new Minnie Mouse collection? How did you research it?

I actually had the opportunity to learn a lot about Minnie when I first met with Disney. It was fascinating to see how she has evolved over the years and how each change represents a time in history. I had so much fun learning all about this little mouse.

Was Minnie harder than Cinderella in terms of designing an entire collection? Minnie is so iconic.

I don’t think it was more challenging, but we definitely had a lot more to choose from as far as imagery and inspiration. Our first decision was which Minnie to use. 1920s Minnie? Modern Minnie? From there on it was all polka dots and bows.

Was she a favorite as a kid?

Of course! What’s not to love about Minnie?

Can you give us any hints about your next Disney collection? Will you go back to princesses?

I am already hard at work on my next Disney Collection. I’m really excited about it! My hint is that the collection is not inspired by a princess.

What’s the last thing that you made that you were really excited about?

A large living arrangement of succulents for my living room table.

What is one home-­related or general life “hack” you keep in your toolkit?

I don’t own a toolbox, but I do have a couple multi-purpose products that I love. One of my favorites is coconut oil. You can used it to cook with, remove eye makeup, oil pull, as a moisturizer…

I can’t start my day without…

Making a hot cup of coffee.

Who else would you like to see us get insider info from? Let us know in the comments below!

Meredith Lepore
Meredith is a freelance writer/editor who writes for Levo League, Bustle, Refinery 29, Instyle.com as well as magazines including Marie Claire, SELF, Women's Health and Cosmopolitan. Before going freelance she was Editor in Chief of the women's career site The Grindstone. She earned her Masters in Magazine, Newspaper and Online Journalism from the Newhouse School at Syracuse University. Meredith resides in New York full time and enjoys SoulCycle, jogging and playing with her Yorkshire Terrier Otis, who also loves SoulCycle.
Disney
Fashion
Disney interview Lauren Conrad
More From Fashion