What to Watch If You Already Miss “Game of Thrones” 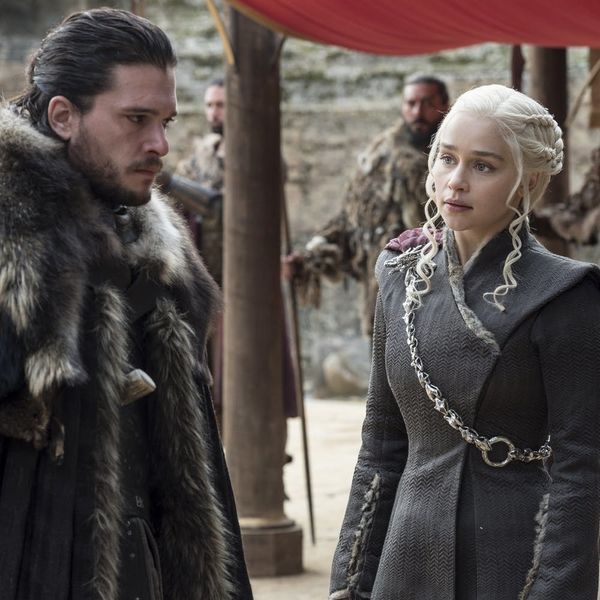 The Game of Thrones season seven finale was an appropriately wild end to an epic season. It not only left us feeling a little (okay, a LOT) conflicted, but it also made us want to rewatch the whole season on Hulu.

The date for the premiere of Game of Thrones‘ final season isn’t known just yet, and some reports are even putting it as far away as 2019. In the meantime, here are a handful of current shows with some similarities that might just fill the Westeros-shaped hole in your heart.

1. The Crown (Netflix): If you’re looking for another beautiful, big-budget show in your life, The Crown is where it’s at. And although it’s much less bloody than GoT, it’s also about the trials of claiming a throne: Season one saw Queen Elizabeth II ascend to head of state, and in the upcoming second season, she’ll struggle to keep her marriage — and her empire — from crumbling around her. The Crown is back on Netflix in December 2017.

2. Into the Badlands (AMC): This post-apocalyptic martial arts drama is what GoT might be like if it were set way, way in the future. With a host of different factions and kingdoms and all the battles, betrayals, and drama that come with it, this might be the perfect fix for GoT fans. Season one is streaming on Netflix now, and it was just renewed for a third season at AMC.

3. Westworld (HBO): It’s true that season two doesn’t come out until spring 2018, but that gives you PLENTY of time to catch up on season one in advance. Thematically, Westworld doesn’t have too much in common with Game of Thrones, but its human depravity feels pretty in line with GoT‘s darkness. Combine that with a stellar ensemble cast of characters and an elaborate, escapist vibe, and it’ll do the trick (again).

4. Peaky Blinders (BBC 2):Peaky Blinders stars Cillian Murphy as a ruthless 1920s English gang leader who’ll stop at nothing to get to the top. We can’t help but think that the Lannisters totally would have been into organized crime in the ’20s, no? The first three seasons are on Netflix now, with a fourth and fifth in the works.

6. Frontier (Netflix): We promise we’re not just including this because GoT star Jason Momoa is in it. We’re also including it because it depicts the ruthless turf war and the many warring factions that was the 1700s Canadian fur trade. The first season is streaming now and a second season is reportedly in the works.

What will you watch to help you deal with GoT withdrawal? Let us know @BritandCo!

(Photo via Macall B. Polay/courtesy of HBO)