You Can Now Follow the President and White House on Snapchat 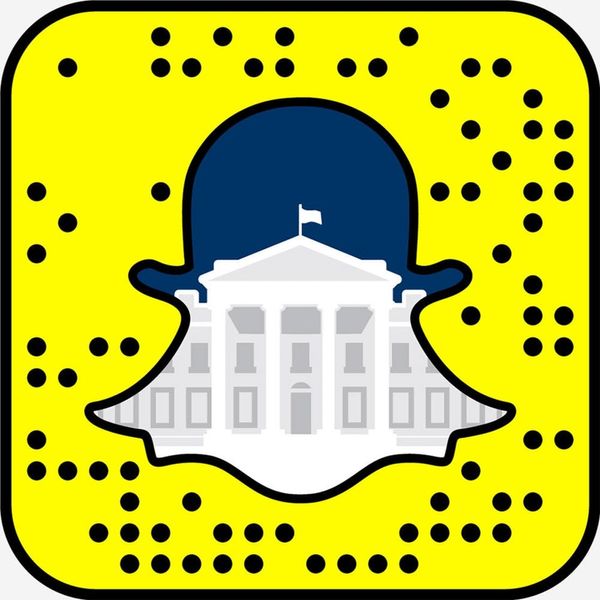 We’re living in a new era, folks. Just 20 years ago, we could only really daydream about what life would be like as the President of the United States. Today, Barack Obama has a Facebook, Twitter, Youtube and Instagram account – all of which offer a fun, behind-the-scenes look at what really goes on throughout the day of America’s most important man. So, continuing with this progressively modern and social move, it only makes sense that the White House has launched an official Snapchat channel.

If you’re hoping this means your phone is about to blow up with POTUS selfies and snaps of first pups Bo and Sunny, that’s not exactly the plan. According to a statement by the White House, they’re joining Snapchat to better relate to a younger demographic and “engage this broad cross-section of the population in new and creative ways.”

The White House has already posted two snap stories so far. The first offered an inside look into the Oval Office. The second, a glimpse at what happens before a major press briefing. Tomorrow you can expect a behind-the-scenes look at the White House’s State of the Union preparations, complete with footage and angles you won’t find anywhere else.

This news is all well and good, but our thoughts go out to Malia and Sasha, who are definitely going to have to spend all of this week explaining to their dear old dad what a “story” actually is and why there are emojis next to all his friends.

(Photos via The White House/Snapchat)

Cortney Clift
Cortney is the senior writer and special projects editor at Brit + Co. She typically covers topics related to women's issues, politics, and lifestyle. When she's not buried behind her computer you'll find her exploring New York City or planning her next big adventure.
Snapchat
Tech
Snapchat