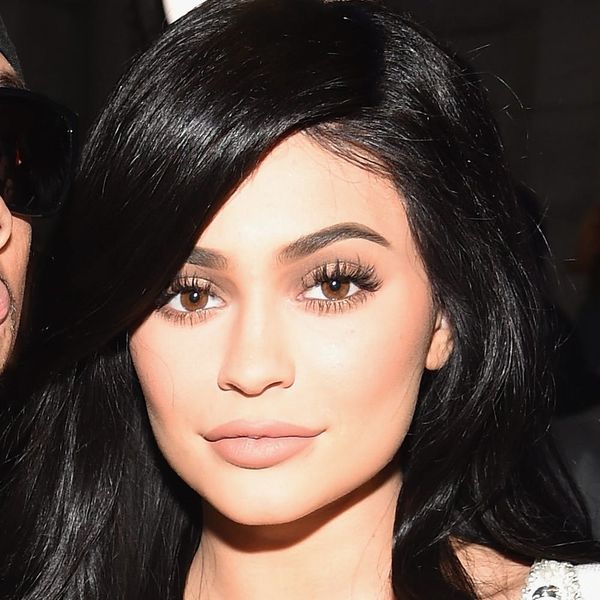 Kylie Jenner’s lip kits have, in the relatively short time since they were first introduced back in 2015, become iconic. After one beauty blogger claimed to know the secret behind her famous lippies, saying that she used the same formula as her manufacturer’s sister brand, Colour Pop, we thought for sure that the biz might take a hit, but Jenner was quick to refute the claims. We believed her (we’ve tried ’em both and they’re SO not the same), and fans clearly believed her as well, as her brand has showed ZERO signs of slowing down: In fact, her Valentine’s Day kits (like everything else she launches) went like hot cakes!

Just last night, however, the Kylie Cosmetics Instagram account gave us word that our beloved lip kits are about to get a makeover, with the most exciting makeup news since last week’s Unicorn lipstick topper: an all-new velvet collection. Aggh! Promising the same highly pigmented colors with a more smooth and velvety finish for those that aren’t down with the often drying matte finish that Kylie’s Lip Kits are known for, these kits have us PUMPED.

The new velvety formula will be available in four shades as of Wednesday (or should we make that WednesYAY?), March 16 at 6pm/5c, but there’s no telling how long they’ll last — considering that her new Kylighters sold out so fast even beauty babes like Jaclyn Hill reportedly couldn’t get her hands on one, we’re guessing nanoseconds.

Heck, if these lippies go on as nicely as they look like they’re going to, this collection might even outdo her classic matte kits! We can’t wait to get our hands on one or all of these perfectly subtle spring shades for ourselves.

Will you try for your own Kylie velvet Lip Kit? Tell us @BritandCo!

Kat Armstrong
Kat has been a writer, social media maven and mom for longer than she's willing to admit. She's also spent time in front of and behind the camera, interviewing celebs, politicians and acting as a producer for fashion and artistic photography shoots. When she isn't writing for various orgs and publications, she's hanging with her kids, husband and French Bulldog, Peter, in Toronto, Canada.
Beauty Products
Beauty Products
Beauty Products Kardashians Lipstick
More From Beauty Products