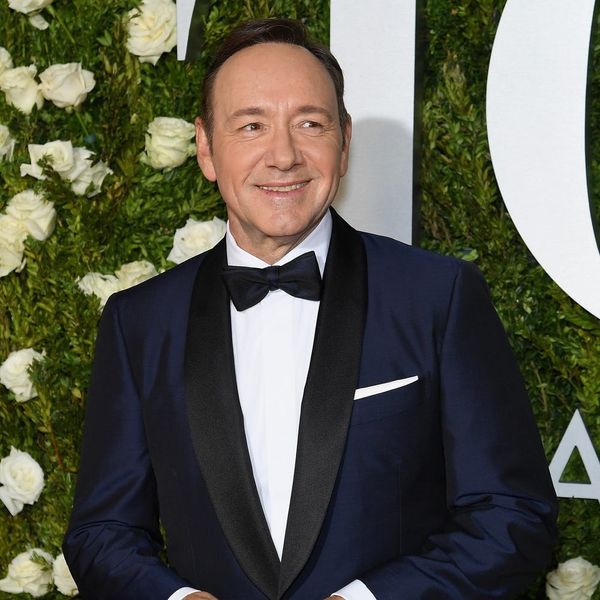 Less than one day after Star Trek: Discovery star Anthony Rapp told Buzzfeed that star Kevin Spacey made a sexual advance on him when he was only 14 years old, Spacey’s show House of Cards has been canceled by streaming network Netflix.

While the announcement of the cancellation of the show seems timed in light of allegations against its star, The Hollywood Reporter says the decision had been made months ago, with the streaming company already planning their cancellation announcement for today regardless of yesterday’s report from Buzzfeed.

“Media Rights Capital and Netflix are deeply troubled by last night’s news concerning Kevin Spacey,” said both the show’s production company and the network in a joint statement provided to Vox. “In response to last night’s revelations, executives from both of our companies arrived in Baltimore this afternoon to meet with our cast and crew to ensure that they continue to feel safe and supported. As previously scheduled, Kevin Spacey is not working on set at this time.”

With the show already near-completion on its sixth season, Netflix says that it will be the show’s last. House of Cards became a smash hit when it first launched in 2013, becoming the first web-only show to be nominated for an Emmy Award, and changing the face of both streaming and television production.

Rapp, meanwhile, has already made major waves of his own this year as Science Officer Paul Stamets on Discovery, becoming one of the first openly gay Starfleet officers (along with his on-screen partner, Dr. Culber, played by his Rent co-star Wilson Cruz) as well as the first character on Star Trek to drop an F-bomb.

The crew of Discovery, as well as a number of other actors (LGBTQ+ and straight) both in and out of the Trek universe, have offered their support of the actor and his announcement made yesterday.

I picked the right hero. Bravo @albinokid. Sending ou all the strength and love in the world. https://t.co/yZ0mjag40n

Star Trek star, Zachary Quinto, who plays Spock in the J.J. Abrams-helmed movies, released his own statement via Twitter, calling out Spacey for the timing of his public coming out:

“It is deeply sad and troubling that this is how Kevin Spacey has chosen to come out,” the actor wrote. “Not by standing up as a point of pride — in the light of all his many awards and accomplishments — thus inspiring tens of thousands of struggling LGBTQ kids around the world. but as a calculated manipulation to deflect attention from the very serious accusation that he attempted to molest one [child].”

“I am sorry to hear of Anthony Rapp’s experience and subsequent suffering. And I am sorry that Kevin only saw fit to acknowledge his truth when he thought it would serve him — just as his denial served him for so many years. May Anthony Rapp’s voice be the one which is amplified here. Victim’s voices are the ones that deserve to be heard.”

What do you think about Netflix’s decision to cancel House of Cards? Tell us @BritandCo!

Kat Armstrong
Kat has been a writer, social media maven and mom for longer than she's willing to admit. She's also spent time in front of and behind the camera, interviewing celebs, politicians and acting as a producer for fashion and artistic photography shoots. When she isn't writing for various orgs and publications, she's hanging with her kids, husband and French Bulldog, Peter, in Toronto, Canada.
Netflix
TV
Netflix