Why Bowie Fans Should Be Excited for the Next iOS Update 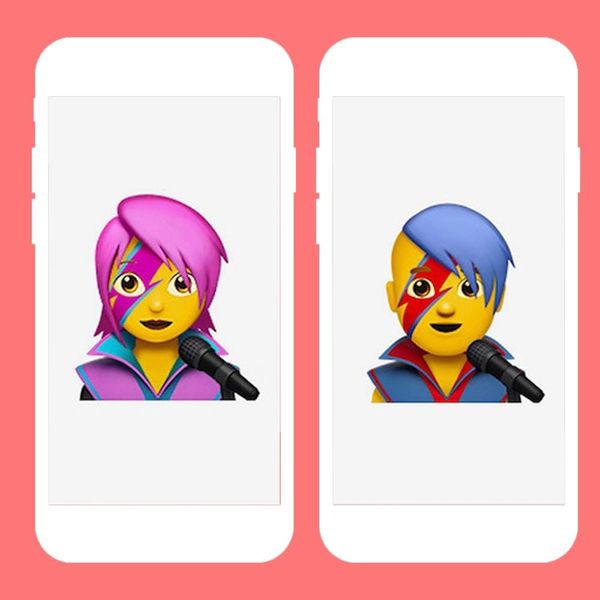 This year has been a tough one for music. Notably, legends David Bowie and Prince both passed away within months of each other. In their memory, Apple and Unicode decided to spruce up their emoji offerings to honor the late super stars.

The upcoming iOS update will include a Bowie-esque emoji for all your rock star needs. The emoji will come in male and female forms, both with a microphone and lightning bolt across their faces, reminiscent of the artwork on Bowie’s Aladdin Sane album. There’s also going to be a Prince emoji, the male counterpart of the current princess offering.

On top of the musician emoji, the new update will also include an avocado, crossed fingers, face palm, more animals and more gender equality in job options. Some existing emoji will also get an update. Specifically, a lot of the food and transportation emoji will appear rounder and more realistic in the update.

iOS 10.2 is expected to launch sometime in December. Stay tuned and feel free to use the upcoming glam emoji whenever you feel like a true rock star.

How are you remembering Bowie? Let us know @BritandCo!