Why Nancy Pelosi’s Clap-Back at Wilbur Ross’ Shutdown Comments Is So, So Satisfying 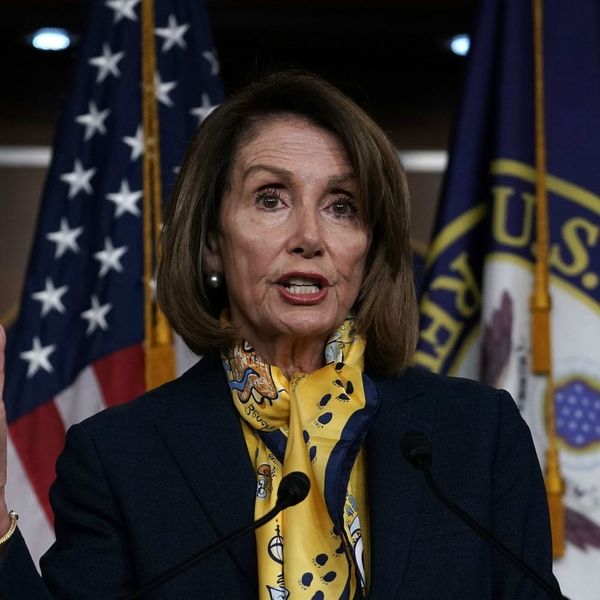 In her weekly press conference on Thursday, January 24, Speaker of the House Nancy Pelosi called out Commerce Secretary Wilbur Ross for making statements about furloughed government workers that were broadly deemed to be demeaning and out of touch.

In an interview earlier on Thursday with CNBC reporter Andrew Ross Sorkin, Ross, who is one of the richest members of President Trump’s cabinet, asked why government workers were using food banks amid the longest government shutdown in US history, which has left some 800,000 federal government employees without a paycheck for over a month.

Ross further said there “really is not a good excuse” for furloughed government workers to resist working without pay, referring to reports of TSA workers calling in sick, en masse. In so many words, he suggested these workers take out a bank loan or use lines of credit while they wait out the shutdown, after which they’ll receive back pay.

“I don’t know if it’s a ‘let them eat cake’ kind of attitude, or ‘call your father for money,'” Pelosi said, using the infamous saying attributed to Marie Antoinette, which further fomented the class resentments that would ignite the French Revolution.

Pelosi went on to say she wondered whether Ross saw the furloughed workers’ missed paychecks as a “character building” moment that will “end well.”

Pelosi’s comments perfectly encapsulate what’s wrong with Ross’ understanding of poverty. Her choice of “let them eat cake” is especially evocative given its link to the doomed French queen who, as legend goes, said the phrase once she was informed that the general public couldn’t afford to buy bread while she lived a lavish life at Versailles.

The connection is particularly apt as Ross’ worth is estimated at around $700 million dollars, putting him woefully out of touch with the financial realities of regular Americans.

Later in the interview, Sorkin explained to Ross that some federal workers have lost their homes and wound up in homeless shelters, to which the multimillionaire tycoon replied, “I don’t really understand why.”

In a later interview with Bloomberg, Ross attempted to clarify his earlier statements about furloughed workers. “All I was trying to do is make sure that they’re aware that there are possible other things that could help somewhat mitigate their problems,” he said.