This Is Why You Shouldn’t Wear Bobby Pins Anymore 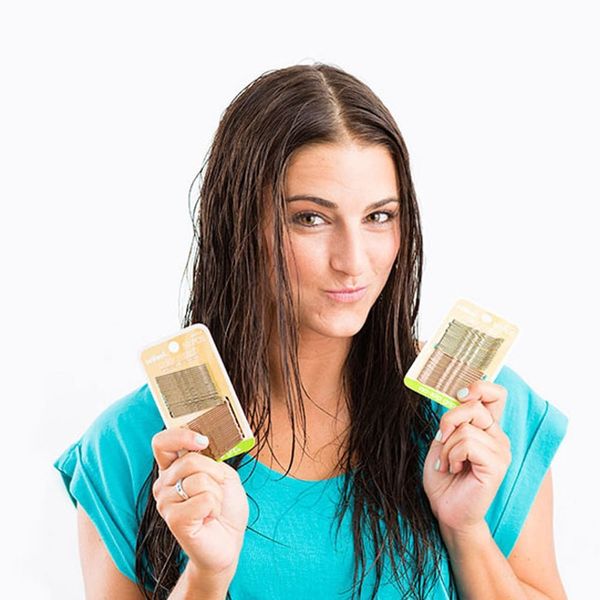 Bobby pins have long been a staple in many people’s vanities — they’re multi-purpose, minimalistic and can totally transform a hairstyle. But the trusty hair pins were noticeably missing from a handful of New York Fashion Week shows, and we think the hair gods + goddesses (aka top-notch hairstylists at NYFW) were signaling the official end of an era, and actually have been for the past few seasons now. To put it simply, you just don’t need bobby pins anymore to get a beautiful hairdo.

Ever since “Meh Hair” took the beauty world by storm, imperfect hairstyles like kinked waves, undone updos and messy strands have been increasingly covetable, and not just among the high-fashion crowd. Celebrities showed up to premieres, TV appearances and awards shows with tousled locks, which solidified afterthought hair as a full-fledged trend. It’s not like us busy girls minded one bit — styles that required zero hair tools or heavy accessories (maybe just an anti-frizz or texture-enhancing product here and there) have helped us streamline our morning routines and still be able to step out with Insta-worthy hair. Plus, a trend that prizes #wokeuplikethis over everything in place has even helped gals to really not give AF as much about those random cowlicks, baby hairs or greasy roots and accept their natural hair for what it is. ALL of that is a major win in our book.

What’s more, stepping away from bobby pins to embrace a messier look means doing less damage to your hair. Anything that you put in/on your hair that causes tension will result in damage, simple as that, and bobby pins are a main offender — think about how tightly they hold your hair in between each metal clasp. NYFW hairstylists got around it by using snag-free elastics in their place (a thing we’re already obsessing over) and the swap resulted in fairly intricate updos that were both fancy and unfussy at the same time.

When topknots and chignons were reimagined sans bobby pins during NYFW, they ended up looking more unique than if they were executed with a perfect polish. Allure reported that stylists at both Givenchy and 3.1 Phillip Lim opted to quite literally tie up the hair in a unique chignon using just one long piece of black elastic as opposed to a bunch of pins — genius! By gathering the hair into a bun shape and then twisting and turning the elastic around the bun a handful of times, the result is knotty, edgy and enviably cool. It’s also really hard to mess up this style. Give it a try and see how yours turns out the next time you’re in need of a quick look — and find another use for that collection of bobby pins.

What other no-bobby-pin hairstyles are you interested in trying out? Share your thoughts in the comments below.