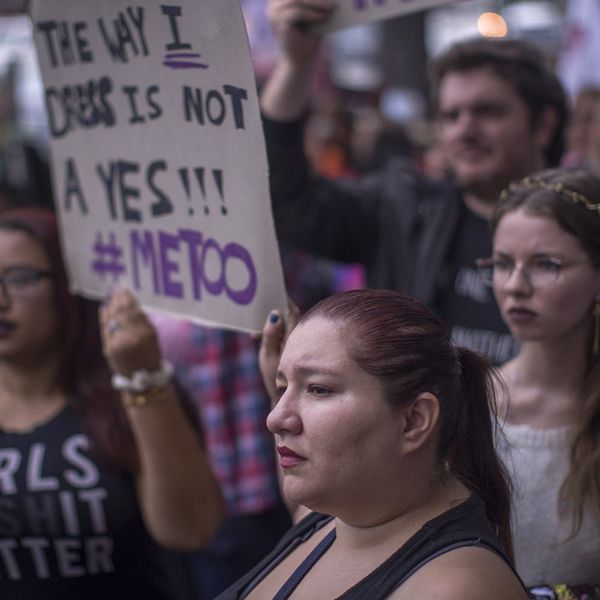 If the avalanche of high profile sexual harassment and assault allegations unleashed by the Weinstein revelations and the #MeToo movement has taught us one thing, it’s that things need to change — and it would seem that a societal shift is indeed taking place.

But when the punishment for an alleged sexual harassment falls outside the parameters defined by the legal justice system — as it most often does — and is instead meted out in career loss, public shaming, and social ostracization, it’s hard to know where to the draw the line. How much should the accused be made to suffer before enough is enough? And how do we as a society deal with these accusations on a practical level?

As women around the country debate these questions, not everyone agrees.

A New York Times article found differences in opinion often fall along generational lines, with younger women frequently surprised by the degree to which older women have tolerated sexual harassment. Conversely, older women noticed that recent grads seemed to lean towards the opposite extreme, with little tolerance for any sexually untoward behavior.

Viewpoints also differed regarding whether men should be included in these conversations. The Times found that while some women felt it was important to bring men into the debate, others asserted that change would only happen when women demanded it.

The one thing on which most of us agree is that the punishment should fit the crime, so to speak. Making an off-color joke should not be painted with the same brush as touching someone inappropriately or soliciting sex, and not making that distinction takes away the gravity of more serious allegations of harassment and assault.

A story in the Guardian asks the question, “What happens when men apologize for bad behavior?” In other words, if the accused appears to express genuine remorse, should it affect how he is treated in the court of public opinion? Louis C.K.’S “These stories are true,” mea culpa was very different than Weinstein’s “That was the culture then,” apology. Does this count for something?

And what about accusations that go back decades? Actor Dustin Hoffman has been accused of sexually harassing a 17-year-old production assistant in 1985. In a recent film panel conversation with television host John Oliver, Hoffman explained that his past actions happened in a historical context in which sexual banter was commonplace on set. So how much should the “It was a different time” argument matter?

How do we begin to define what the consequences should be? And who will enforce whatever is decided? USA Today recently published a set of “guideposts” for dealing with the “sexual harassment reckoning,” but it simply reiterates the “all sexual misconduct is unacceptable, but not all of it is equal” proclamation without defining how degrees of misconduct should be dealt with.

It seems that while most everyone agrees we need to be careful as we met out justice, exactly who will define the terms and who will enforce them is foggy on all fronts.