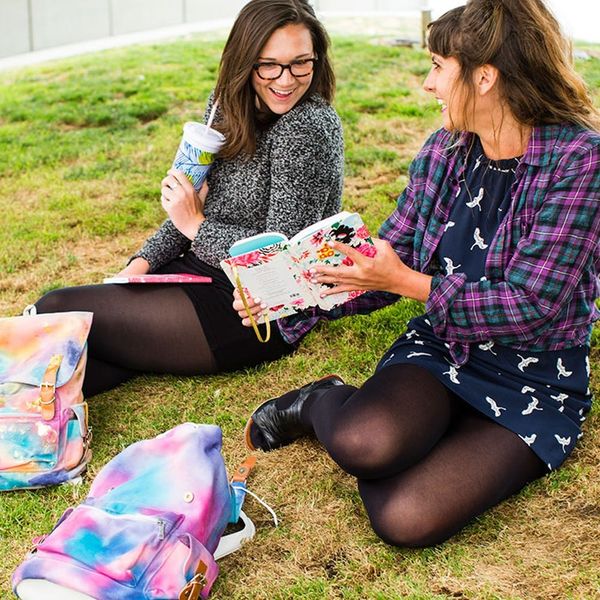 Being one of the only ladies in the office can have its upsides. The ladies’ room is probably always free and nobody is going to steal your tampon stash. But it can also be pretty tasking. In fact, researchers at the Indiana University Bloomington have recently discovered that working in a male-dominated industry as a woman can actually cause some serious health issues.

The study, which was recently presented at the American Sociological Association, observed 440 women who worked in fields where at least 85% of the jobs are occupied by men (typically places like: construction supervisors, engineers, painters and groundskeepers). They found that women who had only 15% colleagues of the same sex showed signs of unhealthy cortisol levels throughout the day. Cortisol is a hormone released when the body is in a stressful situation.

Indiana University writes, “Previous research has shown that women working in male-dominated occupations face particular challenges. They encounter social isolation, performance pressures, sexual harassment, obstacles to mobility, moments of both high visibility and invisibility, co-workers’ doubts about their competence, and low levels of workplace social support. Chronic exposure to these types of social stressors is known to cause vulnerability to disease and mortality through dysregulation of the human body’s stress response.”

This study definitely shouldn’t deter you away from pursuing a career that falls in a currently a heavily male industry, instead is should provoke a much-needed conversation about gender equality in the workplace. But until then just remember that deep breaths are sometimes a life saver.

Do you work in a male-dominated industry? Share your thoughts on this study in the comments below.

Cortney Clift
Cortney is the senior writer and special projects editor at Brit + Co. She typically covers topics related to women's issues, politics, and lifestyle. When she's not buried behind her computer you'll find her exploring New York City or planning her next big adventure.
science
Health
science work