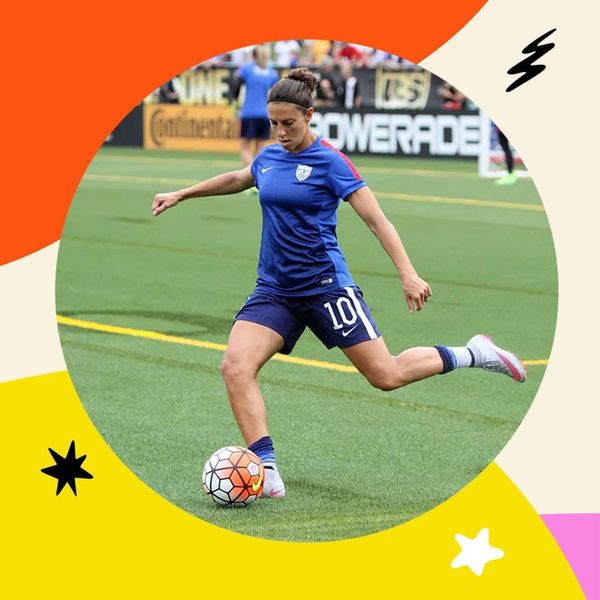 On April 5th, 2017, it was announced that the US women’s soccer team would be getting new contracts and, with them, a pay raise, winning a hard-fought battle that had been carried out in the public eye for over a year.

Some of the team’s most high-profile players, including Carli Lloyd, Hope Solo, and more, first launched a wage discrimination complaint against the sport’s governing body, US Soccer, in March 2016. In it, they reported that the women’s team only made about 40 percent of what their male counterparts did — this, despite major successes on the field and in TV ratings when they won the 2015 FIFA Women’s World Cup (it was the most-watched soccer match in US history).

The players remained actively involved in the negotiation details from day one, and were vocal in the press about the inequality, appearing on CBS’ 60 Minutes to discuss gender discrimination and even getting support from Hillary Clinton during her own battle for the White House in 2016. The new deal was ratified on April 4, which just so happens to be Equal Pay Day — a symbolic push for awareness of the gender pay gap.

And while the women still won’t make as much as their male counterparts, they will receive a “sizable increase in base pay and improved match bonuses,” more control of certain licensing and marketing rights, as well as the same per diems as the men’s team — plus better travel benefits, and more financial support for players who are pregnant or adopting, according to ESPN. The new contract will see them through 2021, covering both the 2019 World Cup and the 2020 Olympics.

“It felt very empowering,” player Alex Morgan told the AP of the new deal. “Because there is a whole issue going on in the country as far as equal pay and the fight for the gender pay gap. And I felt really happy with the agreement that we reached and the fact that we can now do what we came for and play soccer.”

Nicole Villeneuve
Nicole is an entertainment and lifestyle writer covering pop culture, news, and cool women doing cool things. She likes yard sales, MTV's Teen Mom, and putting too many memes in the group chat. She lives in Toronto.
Year in Women
Empowerment
Year in Women
More From Empowerment