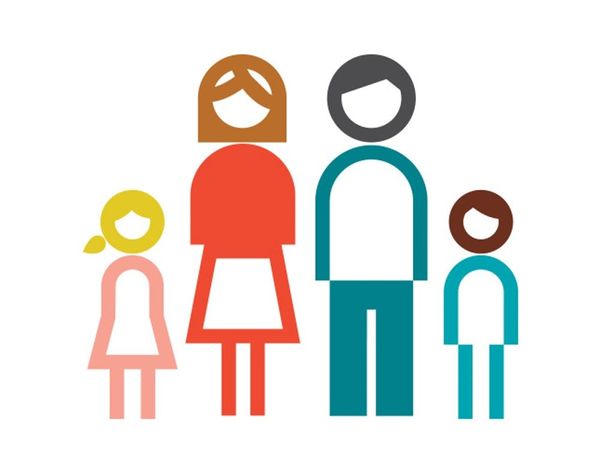 You know that dude (or even dude-tte) who says things like, “Feminist?! I’m not a FEMINIST.” Let’s direct them to President Obama’s share/Pin/RT/Like-worthy quote: “When women succeed, America succeeds, so there’s no such thing as a ‘women’s issue.’” In other words: Mic. Drop. Today the White House held the Working Families Summit, which discussed America’s changing family and the major growth of women in the workforce. How has that affected families, moms, dads, workplaces and the economy overall? Let’s take a look with 15 facts, some helpful infographics and stats that detail what you and your fam may be living right this very sec:

1. Mom is bringing home the bacon and the gluten-free, sprouted bread. More than ever before, women are the breadwinners in their household. Over 40% of moms are now the sole or primary source of income in the household. Women are now the primary or co-money maker in nearly two thirds of American families and working married women bring home 44% of their fam’s income.

2. Stay-at-home dads are seriously trending right now. It makes sense (please see above) but to put it in easy to count context: one in five fathers are now the primary caregivers in their household.

5. Most children live in households where all parents work. As we all know, fewer fams than ever feature a mom and a dad. To put all of these stats in perspective for the changing face of families in general — all adults work in three out of every five households with children in them. That counts for single and married parent families.

6. Women are becoming America’s most educated workers. Women are attending school at higher rates, entering a more diverse range of careers and adding more degrees to their LinkedIn profiles.

7. Women will soon be the majority of college-educated workers. The number of women attending college has been steadily on the rise since the 1960s and now the number of them who attend and graduate trumps men. In 2013, women between the ages of 25 to 34 were more than 20% more likely than men to be college grads.

8. Women are breaking education’s glass ceiling. In 1968, women made up less than 10% of entering classes for historically male-dominated programs in medicine, business and law. Now, women make up almost 50% of students in MD, JD and MBA programs. Women also earn 59% of all higher education degrees. Let’s see those STEM/STEAM numbers increase in the next decades, too!

9. The glass ceiling still exists when it comes to our paychecks. Even with all of the above, on average women still earn 77 cents for every dollar earned by men. The numbers are worse for women of color: African-American women are paid only 64 cents and Hispanic women only 54 cents for every dollar paid to white, non-Hispanic men.

10. More women working has meant more money in the economy. Almost all of the rise in family income since the 1970s has been due to the earnings of women. Thanks to the growth in the women’s labor force, the median family income is $13,000 more than it was in 1970.

11. Eldercare is growing along with childcare. Most people care for someone besides themselves or a child, like the elderly and those with disabilities (grown children, spouses, sibling and returning veterans) during their lifetime. Approximately 40 million Americans provide unpaid care to someone (relative or friend) each year.

12. Single dad fams are also on the rise. Father-only families have more than tripled in the last 40 years. Currently 7% of families with children are father-only.

13. Work-life balance is an issue for both men and women. Leaning in and still being able to pick up the kids from soccer practice are a struggle for both sexes. Just take a look at this little girl’s plea to Google to give her dad a day off.

14. Workplaces are not keeping up with families’ new needs. Print this one out and send it to HR. Men and women looking for new jobs are increasingly choosing career paths or specific employers who offer more flexibility when it comes to taking time off for their kids or family.

15. Better workplace conditions = stronger economy. Studies show that increasing paid leave and flexibility comes with a whole slew of benefits for both the employer and the employee. Productivity gets a boost, random days off drop, more talented workers come knocking on employers’ doors. Everyone wins! Including the economy. Making it easier for everyone to work (by providing a higher minimum wage, a better work-life balance and assistance with child and eldercare) means more money flowing and greater economic gains for businesses, individuals and families. Think about this: today’s economy would be $2 TRILLION smaller without the strides women have made since 1970.

Get more info about the Working Families Summit here and read through the White House’s official doc (Mad Men star Christina Hendricks did!) for more facts.