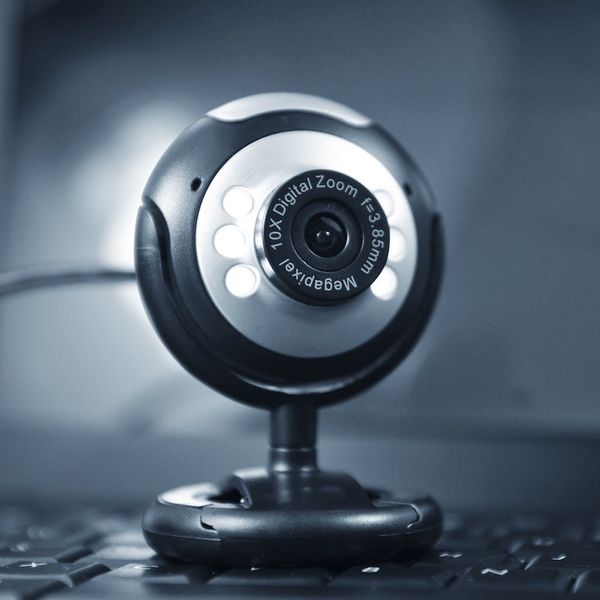 Friday’s mass internet outage reminded us just how much we take our favorite sites — including Netflix — for granted. So now that we know that a DDoS (distributed denial of service) was to blame, the real question is what did the hackers use to drive so much traffic to the websites that they went kaput?

The answer actually lies in your kitchen. Or living room. Or nursery. Um, what? Well, technically any smarthome devices you own are constantly communicating with your network, which leaves them wide open for hackers to use in their botnet army. A botnet is a network of private computers and devices that are infected with malicious software and used to put websites in a chokehold without the owners’ consent. Basically, all your smart devices could have been remote-controlled robots.

According to Fast Company, this botnet, which has been named Mirai, has over 500,000 hacked devices worldwide, which is scary enough, but only about 10 percent of those devices were involved in Friday’s attack. If you think that’s bad, it gets even worse. If the hackers used the full Mirai army in one go, they could do unimaginable damage. And Mirai is FOR SALE.

To add insult to injury, the hackers have put Mirai up for sale on underground criminal forums, and according to Forbes, it’s going for only $7,500, which isn’t exactly a king’s ransom. It’s less than most cars. Security needs to be majorly stepped up, which isn’t a secret: A whopping 88 percent of people said in one survey that they didn’t trust smart devices, even though around 25 percent of Americans own at least one of them.

There aren’t very many things you can do to prevent your devices being added to the virtual army, but one thing you should definitely do is change your router password regularly. Many people don’t even change it from the default password it ships with, and that’s a big no-no. And if your password is anything like 123456abcde, you can bet that if your devices aren’t part of Mirai now, they could be very soon.

What do you think of smart devices? How can we protect ourselves? Tweet us @BritandCo!

Shea Lignitz
Shea can be found in the nearest bookstore or brewery, exploring the great outdoors, or blasting Led Zeppelin. She grew up in the cold and rain of Northern California's redwoods but is currently wandering around Texas.
hacks
Tech
hacks Tech News
More From Tech