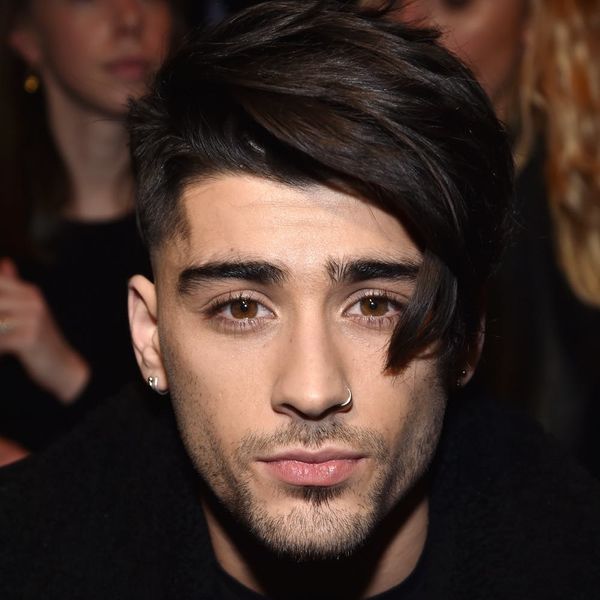 Add another tat to Zayn Malik’s growing list! The 24-year-old reportedly has more than 50 tattoos to date, including a light-up light saber finger tat and a sweet ‘love’ hand piece that may or may not be for Gigi Hadid, but his latest ink just may be his most sentimental yet.

The Pillowtalk singer’s brand spankin’ new piece of body art, which he debuted on Instagram Thursday night, simply spells out ‘Yaser’ in black cursive lettering behind his right ear. The word, which means “to be rich,” has a much deeper meaning for the musician, however, who captioned the photo, “Love you” — it’s also his father’s name.

We’re not totally surprised by the heartwarming tribute to his old man. The former One Direction crooner gushed about his father in his 2016 biography, Zayn ($18), writing, “I was telling Malay about my relationship with [my father] and how important it was for me to do well for him, to earn his approval.”

The singer described his pops as a “hard worker” with “strong values,” adding that pleasing him was an important motivator for working hard on his music. “Man, I know if Dad was to hear me sing like this…” he confessed, “it would mean everything.”

While Malik’s dad may be the number one guy in his life, that’s not to say he doesn’t have an equally as strong relationship with the rest of his family. He has, also on many occasions, praised his mother, even sporting a (faux) full-on FACE tattoo in her honor back in March.

TBD on whether he’ll ever make the M.O.M ink official!

Tweet us your thoughts on Zayn’s latest tattoo @BritandCo!