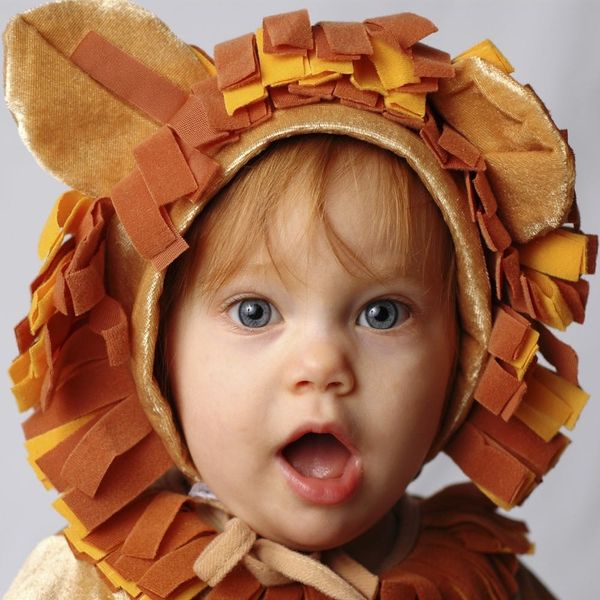 The fiery lion closes in overhead as the Western Zodiac moves from Cancer to Leo. Lions are charismatic, self-assured, fun and adventurous people who don’t like to be bored or end up in second place. The sign spans from July 23 to August 22 and is symbolized by fire, the sun and the colors gold, red and yellow. Need some zodiac inspiration when choosing baby names? Here are some creative baby names for your Leo baby.

1. Aslan: From the obvious choices to the less so, many names have been inspired by the majestic and powerful lion, the symbol of Leo. The Turkish Aslan is well recognized as the kingly anthropomorphic lion in The Chronicles of Narnia; Ari and Ariel are Hebrew’s offerings. The Tswana name Tau was worn by a South African ruler in the 1700’s. Other leonine names are the Persian Sher, French Lionel and Léone, and Arabic choices Usama and Asad.

2. Corona: Leo is ruled by the heart of our solar system — the sun itself. The Latin word for “sun” is Sol, a name often given to our sun. Corona, Latin for “crown” and coincidentally the name of the sun-worshipping kingdom in Disney’s Tangled, is a plasma aura around the sun. Rayleigh scattering is a process in which particles scatter rays of light and the Parker Spiral is the shape of the sun’s magnetic fields. On a related note, Isaac Newton, Giovanni Cassini, Jules Janssen, Cecilia Payne and Henrietta Swan Leavitt are scientists who made important discoveries regarding the sun.

3. Cyrus: The sun is hugely important to many cultures, as evidenced by the multitude of names and lore attached to it. Cyrus, Samson, Ravi and Helios mean “sun,” and Zoran is “light of dawn.” Aurora and Oriana are Latin for “dawn;” the Italian version is Alba. Solar symbols can be found in flowers, birds and precious gems and metals, among other things. Many of them fit perfectly as modern baby names: Lotus, Rosette and Chrysanthemum in the flower category, birds Phoenix and Swan, and minerals Bronze, Topaz and Ruby.

4. Leonie: Lions are powerful guardians and stand for strength, royalty, divinity and the sun. The Latin Leo, “lion,” is a massively popular name in its own right. If you prefer to use it as a nickname, Leonardo and Leonidas may be more your style. Feminine derivatives include Leonie, Leontine, and Leona, and are much more unusual in America. And while unrelated to the lion names above, Leocadia and Leopold also boast the trendy three-letter constellation.

5. Osiris: Egyptian mythology relies more heavily on the sun than any other ancient culture. Gods Khepri, Horus, Ra and Osiris all represent different aspects of the heavenly body. Other sun deities are the Norse light god Balder, who features in a solar eclipse origin myth, and Apollo, who is often said to pull the sun across the sky in his chariot.

6. Peridot: The green Peridot is the Egyptian “gem of the sun” and Leo’s birthstone; peridot is known in Hawai’ian mythology as the tears of the fire goddess Pele. Sunflower and Marigold are Leo’s flowers. The lion’s colors are fiery red and the rich golden yellow of the sun; unsurprisingly, gold is also Leo’s representative metal. Gold names include Aurelia, Sona, Vanna, Jin and Paz; Chrysanta and Millaray mean “golden flower,” and Orville is “gold town.”

7. Regulus: Regulus, called the King Star, is the brightest star in Leo. Other common and alternate names of the constellation’s stars include Zosma, Adhafera, Coxa, Alterf, Jabbah, Elased, Wolf and Subra, and are guaranteed to make unusual middle names.

8. Sorley: Leo is the second of summer’s three signs. As a fire sign ruled by the sun and represented by the golden lion, it has the strongest ties to the season. Sorley and Somerled both mean “summer traveler,” and Natsu is a Japanese name meaning “born in summer.” The Spanish word for summer is Verano, which is a nice masculine response to the typically girl-given Summer.

9. Tybalt: Courage and Bravery are good word names for the bold and confident Leo child; Tybalt, Archibald and Brava mean “brave” or “bold.” The lion is also fun, charismatic and a bit of a show-off, so upbeat names like Allegra, “lively tempo,” Lilavati and Lalita, “charming, playful” and Alair, “cheerful,” fit nicely as well.

10. Yansa: There is a huge variety of fire-related beings in mythology. The wide selection of fire goddesses gives us the gorgeous names Ila, Yansa, Brigitte and Hestia; unique fire god picks include Kojin, Agni, Loki, Vulcan and Moloch.

What baby name did you pick for your Leo baby? Tweet us @BritandCo and let us know!

This post was previously published on Nameberry by E. Wittig.