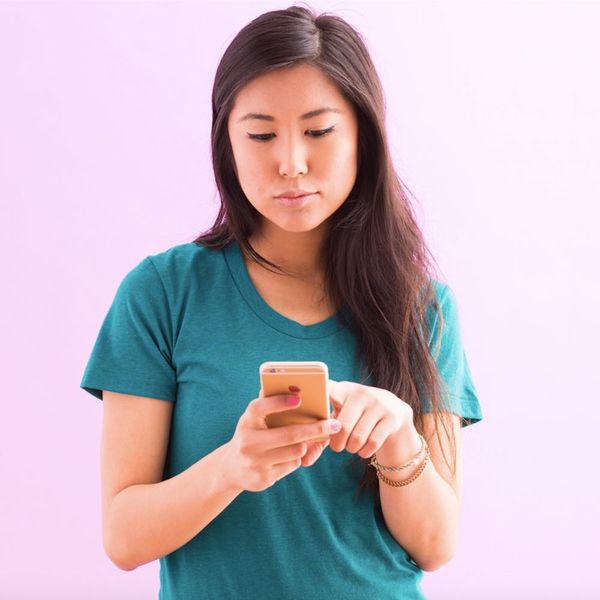 Keeping up to date on all the latest in the race for president is hard: This thing has been going on for months already, and the election is still nearly a year away. No matter how much you want to stay informed, nobody has 22 months to spend following the minutiae of a political race! #SMH.

Luckily for those of us who enjoy spending some time in the sunlight, seeing friends and, you know, having lives, there’s a whole group of analysts, writers and general political junkies who actually do hunker down for the length of the presidential campaign. Check out our picks for the Twitter accounts that will keep you informed and even make you laugh as we continue this long, crazy journey to November 8. Because really, when you’re reading about the circus that this election is, you need a good giggle.

Jeb Bush's riff on protecting the country as president was met with silence in New Hampshire https://t.co/bkF6ARLU5g pic.twitter.com/DDfourPL0L

1. NYT Politics: For straight news, it doesn’t get better than the New York Times, of course. And luckily for us, they’ve got a politics-specific Twitter account! Follow @nytpolitics for up-to-the-minute coverage of what’s happening all across the country. Bonus: Sometimes they even throw shade, which is all the better because it’s the New York freakin’ Times. Check out this burn on Jeb Bush, who was filmed asking a rally audience to react when he finished making a point:

You know what I'd love tomorrow? I'd love to read a bunch of latinos writing about the significance of Cruz/Rubio. But you don't hire us so

2. Aura Bogado: Immigration is one of the big issues right now, and who better to provide insightful, valuable coverage of that issue than a woman who was once undocumented herself? Aura Bogado writes for Grist and her Twitter feed is a great place to get some real talk on race and immigration (in addition to other political news!).

"leaders who have stood and led," – something I would write into the speech of a sitcom candidate/something Cruz actually said Monday.

4. Juana Summers: Juana Summers is the politics editor at Mashable. In an election season when race is being discussed more than any time in recent memory, it’s even more important to follow journalists who aren’t new to the issue.

Last point: I don't disagree that HRC got angry & as it was happening I was cringing bc I feared the reception she'd get. But so did Bernie.

5. Rebecca Traister: She’s a frequent contributor to NYMag and The Cut, and one of the most vocal critics of sexism aimed at Hillary Clinton. Rebecca Traister is a must-read for any woman looking to keep up with the challenges facing the most prominent female politician in the country.

Does anyone think we're gonna get through this election without Trump suing Ted Cruz?

6. Chris Hayes: Chris Hayes hosts MSNBC’s All In and is a highly respected member of the political left, which makes his coverage of this campaign really important. He’s incredibly smart but amazing at distilling that intelligence in ways that are understandable to those of us who don’t study politics for a living. Plus, the dude is funny! Who knew men could be funny in this day and age?

Trump proves to be a fair weather candidate. Cancels NH events today where it's snowing. Questionable commitment to winning, me thinks.

7. Margaret Hoover: It wouldn’t be fair to exclude right-wing commentators from this list, and luckily, we have a kickass Republican to read in Margaret Hoover (and she’s, er, more reasonable than some in the GOP right now).

Never say "I was flattered when Henry Kissinger said I…" unless the end of that sentence is "finally made him pay for his crimes."

8. Alex Pareene: As editor of Gawker, it’s basically Alex Pareene‘s job to be snarky and smart about politics. And boy, does he do a good job of it.

I actually had a dream last night where I sat down and gave Jeb Bush a bunch of advice out of pity, and I don't even know who I am anymore.

9. Jeb Lund: He’s kind of like Alex Pareene on steroids? In terms of snark and weirdness of comedy, at least. Jeb Lund is whip smart and writes about the election for Rolling Stone and the Guardian US, but if you’re not acquainted with the confusingly ironic world of “weird Twitter” he may take some getting used to. But trust us, it’s worth it!

Thanks for saying this! https://t.co/HzRKnyFNaR

10. Katha Pollitt: She’s a writer for The Nation magazine and wrote a book on reproductive rights. Follow Katha Pollitt for incisive, feminist updates on the election and the surrounding Big Issues.

Tannara Yelland
Tannara is a freelance writer and editor, an occupation perfectly suited for her affection for drinking too much coffee and keeping odd hours. She usually writes about politics, economics, and pop culture. Some day she will put to use the hundreds of hours she's spent watching Say Yes to the Dress and write THE definitive analysis of the show.
Home News
More From Home News