10 Facts That Prove Tyra Banks Is the Fiercest 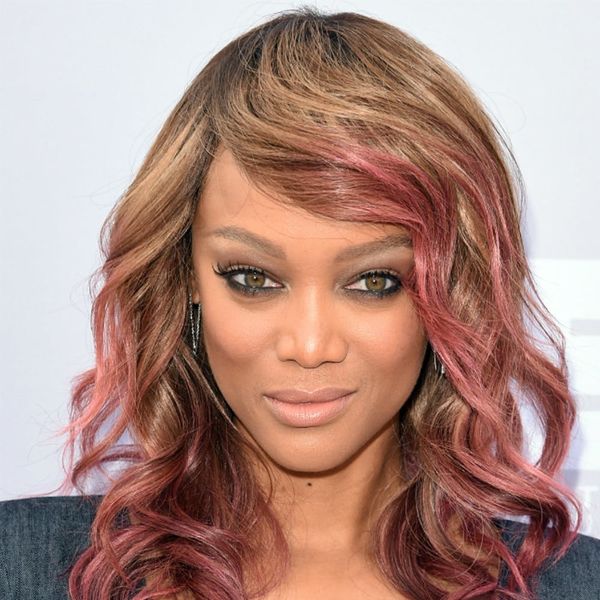 We can’t wait to celebrate creativity and entrepreneurship with some fabulous #girlbosses at the fourth annual Re:Make Summit and Festival on September 30 and October 1. But we are especially excited for the keynote speaker this year, the fabulously fierce Tyra Banks. For most of us, she was one of the first supermodels we were ever aware of, but for the last decade, she’s been an executive producer, author, talk show host, student and now an entrepreneur as the founder of TYRA Beauty. Basically, she’s an all-around powerhouse superwoman. Scroll on to see 10 things you may not know about Tyra that’ll make you love her even more.

1. Tyra’s a star student. An honor student in high school, Tyra got accepted to every college she applied to, including USC and UCLA. She chose Loyola Marymount University but decided to go to Paris to pursue modeling instead. However, education was still super important to her, so when she was only 19 years old, Tyra started a scholarship to help young black women attend her alma mater, the private Immaculate Heart High School in Los Angeles.

2. Tyra just graduated from Harvard. From modeling to executive producing America’s Next Top Model to hosting Tyra… all at the same time (damn, girl), Tyra’s known for working insanely hard. And her recent stint at Harvard is no different. Tyra attended the intensive Owner/President Management Program for three solid weeks for three years on top of her other responsibilities, telling Jimmy Kimmel it was “Damn hard.” We believe it.

3. She took classes at Harvard specifically for TYRA Beauty. The savvy businesswoman is all about putting in her best effort, telling Allure, “I went [to Harvard] because I was going to start this cosmetics business and wanted to make sure I had all the tools in order to create it, launch it, build it, lead it, grow it.” Total #girlboss move.

4. She isn’t into the “selfie” look on Instagram. That’s not to say she doesn’t take ’em, but Tyra likes to make it look like her selfies are taken by a photographer (named Tyra Banks, of course). She tells PopSugar, “I’m not a big fan of letting people be able to see my stretched-out arm. I like to stretch my arm out, then bend my elbow so you can’t see the arm. I try to pose so it looks like a photographer took it as opposed to a selfie. It takes away the self-centered ‘me, me, me!‘ feeling of an obvious selfie.”

5. Tyra is NOT cool with “fat talk.” Tyra is all about ending body shaming, celebrating the positive and not beating yourself up over the things you don’t like about your body; and she advocates for it in interviews, books and through her TZONE Foundation. After photogs snapped an unflattering picture of her, she appeared on Tyra to talk about body shaming and famously told the paparazzi to”kiss my fat a**!” Yass, girl!

6. Oprah helped Tyra start her talk show. Oprah (the OG diva) is adored and admired by Tyra and helped Tyra launch her own talk show. How do you beat that for a mentor? You don’t — that’s how.

7. Tyra was the first black woman on the cover of GQ and the swimsuit issue of Sports Illustrated. Okay, so you may already know this fact, but Tyra has done so much to move black beauty forward, that we had to include it.

8. Tyra was on The Fresh Prince of Bel-Air. Her first acting gig ever was playing Will Smith’s old friend, Jackie Ames, in several episodes. She’s also acted in Coyote Ugly, Felicity, Mad TV and The Price Is Right as one of Bob Barker’s Beauties.

9. Tyra Beauty products all come in stick form. Tyra loves the confidence that makeup gives her and she wanted all women to experience that. She explained to Allure, “I know some women are intimidated by makeup. That’s why all the Tyra products are in a stick. She can just throw it in a bag and put it on.” So simple.

10. She doesn’t take herself too seriously. Tyra may have done all these amazing things, but she can also be super goofy, as demonstrated by the above.

Register here for Re:Make 2016 to see Tyra in action IRL, and tweet us your favorite things about her @BritandCo!

Whitney Akers
Whitney is a writer that's equally drawn to the energy of a big city and the peacefulness of the Redwoods. If she's not lucky enough to be on an international adventure, you'll find Whitney enjoying all the urban hikes, used bookstores and fancy cocktails San Francisco has to offer.
Re:Make
Home News
Re:Make