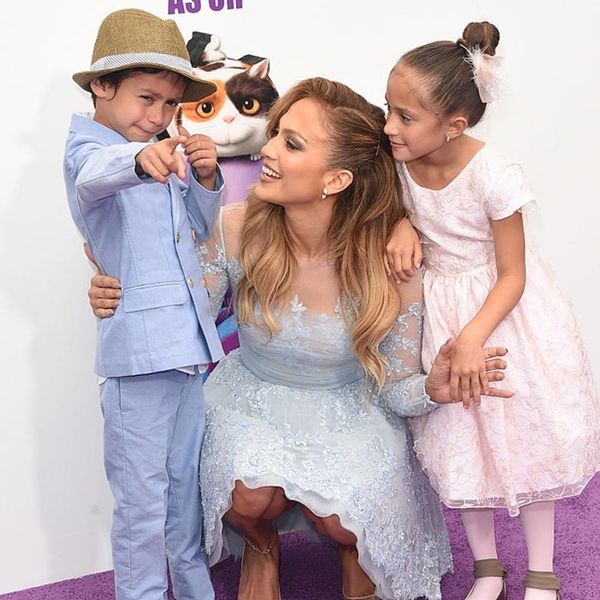 We all know that it’s twice as hard to name twins, especially if you’re trying to avoid the old matchy-matchy trap, or even the most popular baby names for twins. We also know that celebrities, for better or worse, have a tremendous influence on baby names. So, putting the two together, we take a look at some of the prominent celebs who’ve produced multiples, and see how we think they’ve handled the creative baby name challenge.

1. Monroe + Moroccan Scott: Just call the girl-boy twins of Mariah Carey and Nic Cannon “Roc and Ro,” as their parents do. The highly publicized inspirations for their names were one of Mariah’s idols, Marilyn Monroe, and the Moroccan-style decor of the area of their NY apartment that was the site of their marriage proposal. (Photo via Kevin Winter/Getty)

2. Dexter Henry Lorcan + Frank Harlan James: Leave it to a pair of hip musicians, Diana Krall and Elvis Costello, to put together a set of really cool names. Unfortunately, they have never revealed the specific inspirations behind their choices.

3. Juno + Rex: British Coldplay drummer/vocalist Will Champion was ahead of the curve on baby names when he named his twins in 2008, picking up on Juno just a year after the indie hit movie was released, and was also early with the kingly Rex, which is just picking up steam now.

4. Marion Loretta Elwell + Tabitha Hodge: Stylish couple Sarah Jessica Parker and Matthew Broderick made some solid, offbeat choices for their girls, including giving them unequal numbers of middle names. Both Hodge and Elwell are surnames from SJP’s mother’s family; ancestor Esther Elwell was one of the accused in the Salem witch trials.

5. Charlie + Poppy: Born in 2012, the names of the boy-girl twins of Anna Paquin and True Blood co-star Stephen Moyer were kept under wraps for almost a year. The couple finally revealed two peppy names, Poppy blending perfectly with the floral name of Moyer’s older daughter, Lilac.

6. Darby Galen + Sullivan Patrick: Patrick Dempsey stayed true to his Irish roots when naming his boys. Darby shares his dad’s middle name, while Sullivan has Patrick as his middle. Dempsey’s older daughter bears the Irish spelling of her name, Tallula.

8. Hazel Patricia + Phinnaeus Walter: When Julia Roberts used Hazel and Phinnaeus (especially with that archaic spelling) in 2004, her choices were seen as slightly eccentric. Recently chosen by Emily Blunt and John Krasinski, Hazel is now at 157, while Phinnaeus Walter Moder is known as Finn, one of the hottest boys’ names.

9. Maximilian + Emme Maribel: Like most Maximilians, Jennifer Lopez and Marc Anthony’s boy immediately became known as Max, forming a compatible pairing with twin sister Emme. Max has long been a celebrity fave, going back to the now grown sons of Dustin Hoffman and Steven Spielberg, while Emme followed the Emily-Emma trend. A nice twist is that Emme echoes the first letter of Max without them sharing the initial. (Photo via Jason Merritt/Getty)

10. Nelson + Eddy: Celine Dion had valid reasons behind her boys’ names, probably unaware that together they formed the name of a Golden Age Hollywood singing star. Nelson was named after Nelson Mandela, whom Dion met when touring South Africa; Eddy was a tribute to her first record producer, Eddy Marnay.

11. Valentino + Matteo: Born in Puerto Rico as Enrique Martin Morales, Ricky Martin clearly embraced his Latino heritage when naming his twin boys. Valentino is one of the most romantic of names, dating back to the days of silent film. Matteo is a real crossover hit, also chosen by Colin Firth.

12. Vivienne Marcheline + Knox Leon: The Jolie-Pitt twins, born in 2008, may have had the greatest influence of all the pairs on this list. Vivienne’s name contributed to a spike in the popularity of both this French spelling and the more familiar Vivian; Knox, following the family tradition of x-ending boy names (Maddox, Pax), was found in the Pitt ancestral history, and propelled this old Scottish surname onto the SSA list in the year following his birth.