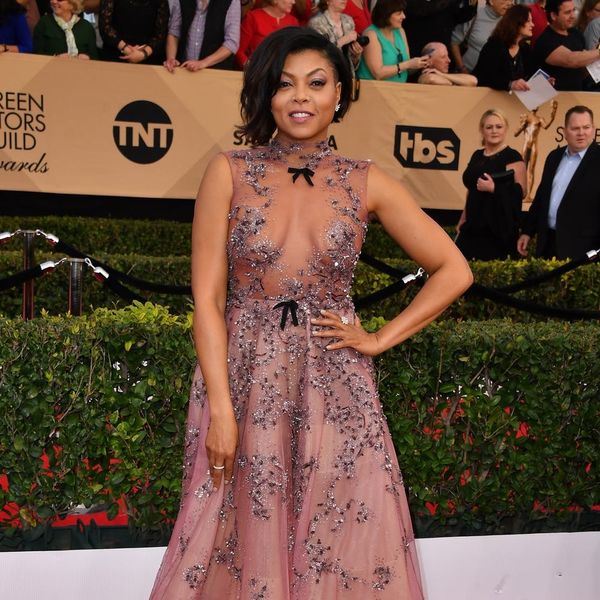 In our previous salutes to Black History Month, we’ve looked back to Civil Rights and cultural heroes and other barrier breakers of the past. Today, instead, we’re focusing on the present — the history that’s being made right now with diversity breakthroughs via the increased numbers of this year’s nominees and winners of various screen awards, with many more people of color making the lists than ever before. These include not just actors but directors, producers, writers and musicians.

Here are some of the more outstanding names.

1. August (Wilson): The late Pulitzer Prize-winning playwright, born Frederick August Kittel, Jr., wrote both the play and screenplay for Fences, which won him a posthumous Oscar nom. August is by far the most popular month name for boys, now at Number 195, and a celebrity favorite.

2. Ava (DuVernay): Ava DuVernay has won several past awards and is the first black woman nominated for an Oscar for Best Documentary Feature, for her film 13th. Glamour girl name Ava, promoted via its use by such celebs as Reese Witherspoon and Hugh Jackson, has been a massive hit, in the Top 10 since 2005 and now the fourth most popular name in the US. (Photo via Alison Buck/Getty)

4. Denzel (Washington): After receiving the Cecil B. De Mille Lifetime Achievement Award at the 2016 Golden Globes, previous Oscar-winner Washington got the SAG Award for best actor this year for Fences. Denzel Hayes Washington is a name he inherited from his father — Denzel being an old Cornish name that reached #310 in 1993, largely inspired by the iconic actor.

5. Issa (Rae): Issa Rae was nominated for a Golden Globe for Best Actress on a TV series for her work in Insecure, based on her breakout web series Awkward Black Girl. She was born Jo–Issa Rae Diop: Jo–Issa being a combo of her grandmothers’ names, Joyce and Isseu, and Rae is after an aunt. Issa is an Arabic name that is currently popular in France, where it ranks at #275.

6. Mahershala (Ali): For his performance in Moonlight, Mahershala was nominated for an Academy Award and a Golden Globe and won the SAG Award for Best Supporting Actor. And if 10 letters seems like a lotta name, consider that he was actually born Mahershalalhashbaz, after a biblical character.

7. Naomie (Harris): British actress Harris received numerous nominations for her powerful performance in Moonlight. Her name is a distinctive spelling of the Biblical Naomi, but she was born Naami, a variation of the Hebrew Naamah, meaning sweetness, beautiful and borne by one of the wives of King Solomon.

8. Octavia (Spencer): This previous Oscar winner also received Academy Award, Golden Globe and SAG nominations this year for Best Supporting Actress for her performance as mathematician Dorothy Vaughn in Hidden Figures. She has been bringing attention to her historic Latin name, which also appears in The Hunger Games. The elegant Octavia is #143 on Nameberry.

9. Pharrell (Williams): The prolific and versatile all-around music and more entrepreneur got a 2017 Oscar nomination as one of the producers of Hidden Figures. His name, which may relate to that of his father, Pharaoh Williams, is pronounced Fa-RELL, not Farrell. The father of a son named Rocket, he and his wife recently welcomed triplets.

10. Sterling (K. Brown): Sterling K. Brown won an Emmy and a SAG award for playing Christopher Darden in The People v. O. J. Simpson: American Crime Story. As a Jr., Brown was known as a child by his middle name, Kelby, but when his father died, he began using Sterling in his honor. The silvery name Sterling has been rising rapidly — it’s now at Number 495, perhaps influenced by the title character Sterling Archer on Archer.

11. Taraji (P. Henson): Taraji P. Henson won a SAG award as one of the cast members of Hidden Figures, and she gave an inspiring speech about unity. She has also won a Critics’ Choice Award, a Golden Globe and an Oscar and received two Emmy nominations. Taraji is a Swahili name meaning “hope” and is likely to inspire other parents to use it. (Photo via Steve Granitz/Getty)

12. Viola (Davis): Viola Davis won the SAG Award for Best Supporting Actress for Fences and is nominated for an Oscar in the same category, after already winning a Golden Globe. Following in the wake of Violet’s popularity, the musical, Shakespearean Viola is seeing something of a resurgence: She’s Number 319 on Nameberry, though is yet to rank nationally.

What names inspire you? Let us know @BritandCo!