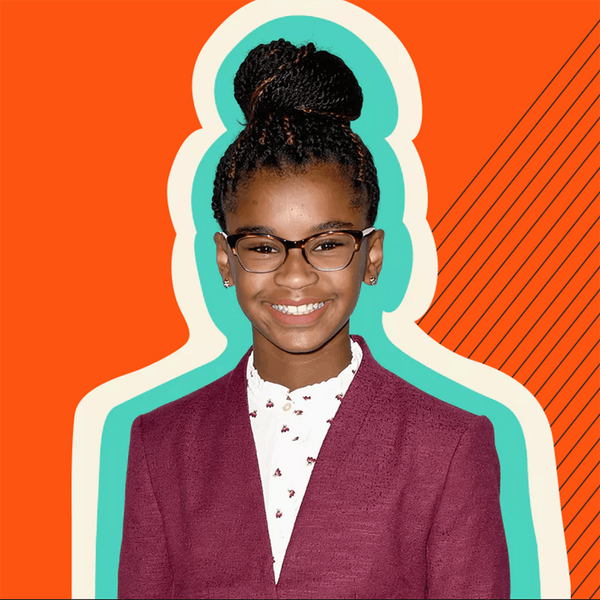 Back in November 2015, then-10-year-old Marley Dias put a call out with the hashtag #1000BlackGirlBooks to collect and donate 1,000 books featuring the stories of Black girls.

She wanted to see less Old Yeller and Where the Red Fern Grows on school reading lists and more Esperanza Rising and Brown Girl Dreaming, she told the New York Times in 2016. Preach.

Two years later, she has collected over 10,000 books according to Forbes, who recently named her to its 30 Under 30 list in the media category for 2017. And in January 2018, Scholastic will be publishing her book, Marley Dias Gets It Done — And So Can You!. It’s billed as a guide for young folks to take up activism and social justice and to effectively champion their causes and make an impact in their communities.

Marley’s mother, Janice Johnson Dias, is the president of the GrassRoots Community Foundation and a sociology professor who dispels any stage mom notions, telling the New York Times, “I have other stuff to do” — a succinct and exemplary combo of motivation, support, and general badassery. But that’s not to say that Mama Dias hasn’t helped out: Her foundation has published a resource guide to accompany Dias’ campaign and assisted in reviewing and cataloging the collected titles.

As she told Forbes, she had one problem: not enough books featuring Black girls in her school. She saw a few solutions: Get herself more of the books she craved; track down authors and pester them into writing the books she wanted to read; or start a public campaign to collect and distribute the books while raising awareness with educators and lawmakers about the issue so the underrepresentation received widespread attention that could lead to systemic solutions.

“Frustration is fuel that can lead to the development of an innovative and useful idea,” she told Forbes. Mic drop.

Coming in with that sort of clarity, insight, and drive before hitting her teens, it’s no wonder Dias has literally written the book on how to make the world a better, more inclusive place.