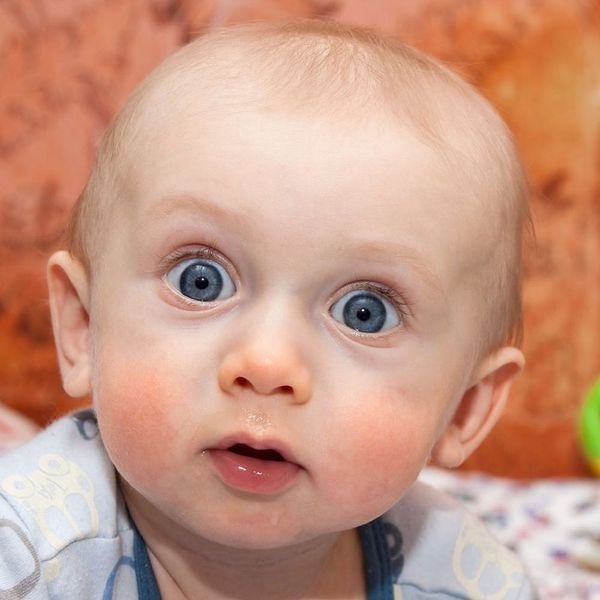 The newly released Social Security list of popular baby names reveals the awesome ingenuity and inventiveness of parents in 2015 when it came to unique baby name spellings, plays on conventional names and sheer creativity. But there are times when creative baby names cross over into totally “out there.” The 12 names below — all of them given to at least five American babies last year — are our picks for the craziest of the crazy new names.

1. Kingmessiah: Royal and other aspirational names have become epidemic among both celebrities and civilians. This particular religeo-royal combo was given to six boys last year. In addition, there were several Kweens, 17 Contessas, 10 Duchesses, as well as Emperors, Czars, Pharaohs, Gods, Gurus and Bosses.

2. Furious: Badass boy names continue to proliferate, more ferocious than ever. In a few years, kindergarten teachers will be welcoming into their classrooms five boys named Furious, eight Crashes, five Clashes, seven Tufs and eight Dangers, plus some Riots, Renegades, Havocs and Chaoses. You can also add five girls named Pistol and an alarming armory of other weapon appellations.

5. Maleficent: Some parents aren’t much concerned with the actual meanings of names, which must certainly apply to the five who chose this one, signifying ‘malicious, capable of producing evil.’ The name of a scary character in the 1959 animated Sleeping Beauty, it was followed by Angelina Jolie’s portrayal in the 2014 Maleficent. A sequel is in the works, so watch out for more little Mals.

6. Oliber: This is what happens when you let your two-and-a-half-year-old name the baby. Unfortunately, when Ajax is old enough to be able to pronounce his brother Oliver’s name, it will be too late to undo the damage. Five Olibers were introduced in 2015.

7. Paw: Is it fair to call a name crazy if it’s perfectly legitimate in another culture — in this case Danish? Probably not, but that doesn’t mean the playground posse won’t jump on it — even though they have accepted Talon. There were 17 girls called Paw last year and it has some distinguished Scandinavian male namesakes.

8. Xzayden: The five parents who bestowed this name on their sons also started them off with a great Scrabble score — 27 points! But to those other baby namers who are still searching for novel rhymes with Aiden and Brayden — you have to stop now! Please!

9. Zeppelin: Five namers chose this zippy dirigible name for their boys — which we must admit is better than Blimp. When rocker Jonathan Davis did use it for his son in 2007, it was no doubt an homage to Led Zeppelin, though he named another boy Pirate, so who knows? Zeppelin made it to the boys’ list for the first time in 1995, coming on for girls in 2013.

10. Ziniyah: Flower names are as well loved as ever, with Lily and Violet in the Top 50. Other florals like Daisy and Rose are also popular, and more unusual blooms are catching on as well. Some parents wanted even more exotic specimen names in their gardens, calling their daughters Azaylia, Daisey, Daizee and Amarillys.

11 + 12. Onesti and Onesty: Honesty is the best policy, but Onesti or Onesty? Not so much. There were five of each entered on birth certificates last year, as well as some Aunesties.

13. Jream: Here we’re introduced to a new unisex option, as there were twelve boys and five girls named Jream in 2015. Jream could always have playdates with Jrue. Ah, but life is but a Jream after all.

This post was previously published on Namebery by Linda Rosenkrantz.