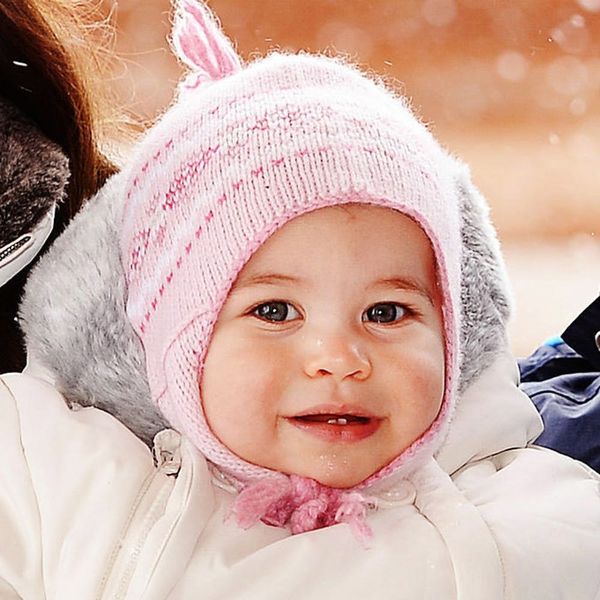 When it comes to baby names, the trends are always changing. Whether you prefer old school baby names or lean towards brand new names, celeb baby names are always a good way to find some inspiration. But looking at the US Social Security site’s (oh, so official!) Top 10 Baby Names of 2015 for both boys and girls, we’re surprised some of these monikers belong to some of the biggest A-listers of the moment themselves and not just their little ones (though some definitely still belong to some well-known celeb kids).

1. Emma: Emma Stone may be about to play Cruella, but IRL her name and look invoke a fairytale like character.

2. Olivia: Olivia Wilde is surely searching for a baby name for her second bundle of joy on the way, but her own name is a perfect choice for anyone expecting a little girl.

3. Sophia: Both top-earning Hollywood actress Sofia Vergara and Nasty Girl boss Sophia Amoruso have their own takes on the name, but it works just as well for both of them.

4. Ava: Ava Phillippe (daughter of Reese Witherspoon and Ryan Phillipe) and Ava Dash (daughter of Damon Dash and NOT Becky-with-the-good-hair Rachel Roy) are bringing in the next generation of Hollywood with their shared name.

5. Isabella: Isabella certainly saw a surge in popularity after Twilight, but it’s a name that’s still going strong. Just ask celebs like Bella Hadid and Bella Thorne (who obviously shorten it a little).

6. Mia: Soccer star Mia Hamm may be taking her skills to the field instead of the screen, but that’s just fine by us. We love it, in fact!

7. Abigail: Abigail Breslin, the actress who was once Little Miss Sunshine, is all grown up and a great choice for baby name inspiration.

8. Emily: Who wouldn’t want to name their little one after the new Mary Poppins, Emily Blunt?!

10. Harper: The Beckham’s nabbed this one for their little girl, and before that To Kill a Mockingbird author Harper Lee established the name as a literary force.

1. Noah: While Noah Wylie isn’t exactly at the top of the celebrity food chain at the moment, this happens to be the name of Miley Cyrus’ little sister. Yes, sister.

3. Mason: The most famous Mason at the moment might also be the tiniest. Mason Disick, son of Kourtney Kardashian and Scott Disick, is a six-year-old who is as cute as he is stylish.

6. Ethan: Ethan is a name that ’90s kids will still swoon over as they remember Ethan Hawke in Reality Bites.

8. Alexander: If you loved the first Hunger Games then you’ll also already love Alexander Ludwig, and if you check out Vikings you’ll see why his character, Bjorn, would be the perfect inspiration for a loyal son.

9. Michael: It’s a name that’s workin’ for Michael B. Jordan and Michael Fassbender.

10. Benjamin: Both Ben Affleck and Ben McKenzie go by the shortened version, but it still works.

Desiree O
Desirée O is a ‘Professional Bohemian’ who loves anything and everything related to the arts, entertainment, and pop culture. She ADORES being a ‘Newsy’ for Brit + Co, covering all of the latest tidbits of awesomeness that you want to read about. When she’s not writing, she’s either making messy art, going on long adventurous walks with her camera, or poking around over at bohemianizm (http://www.bohemianizm.com/). You can find out about Desirée O and her work at http://DesireeO.com/ or follow her on Twitter @DesireeO.
Celebrity Baby Names
Baby Names
Celebrity Baby Names
More From Baby Names