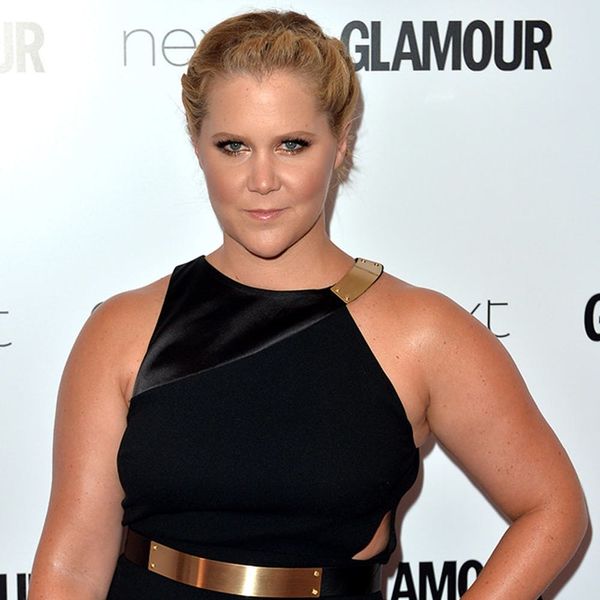 With every new award season comes a handful of fresh faces not yet nominated for their acting work. While some nominations are long overdue and other honorees are totally new names to Hollywood, the excitement remains the same (at a really high level, obviously). With this morning’s announcement of the 67th Emmy Awards Nominees, a dozen stars (rising + established) were called out for their impressive acting over the past year, and plenty of them were first-time nominees who you may not be all that acquainted with off screen. To get pumped for the sure-to-be unforgettable speeches from these newbs come Emmy night, start rooting for your faves by following them on Instagram and Twitter from now all the way up to the award ceremony on September 20.

1. Taraji P. Henson, Lead Actress in a Drama Series for Empire (Instagram: @tarajiphenson + Twitter: @therealtaraji): Technically the actress who plays Cookie has been nominated for her role in the Lifetime movie Taken from Me: The Tiffany Rubin Story, but we couldn’t contain our excitement when we saw the Empire Records’ boss lady’s name make the cut. Seriously, we need more Cookie one-liners, so fingers crossed Taraji comes through with some if she winds up with the trophy. (Photo via Pascal Le Segretain/Getty)

2. Amy Schumer, Lead Actress in a Comedy Series for Inside Amy Schumer (Instagram: @amyschumer + Twitter: @amyschumer): Though nominated for Outstanding Writing for a Variety Series at last year’s ceremony, this is Amy’s first nomination in an acting category, and we can’t think of a funny, talented gal that deserves the award any more than her. Imagine how memorable a speech by the comedian would be — we’ve got our fingers crossed for you, Amy. (Photo via Anthony Harvey/Getty)

3. Uzo Aduba, Supporting Actress in a Comedy Series for Orange Is the New Black (Instagram: @uzoaduba + Twitter: @uzoaduba): While the actress did win an Emmy (among a handful of others) last year for her work as Suzanne “Crazy Eyes” Warren on the Netflix series, this year she is in the Supporting Actress category instead of the Guest Actress one. That’s already a win, girl. But it would be an ever bigger victory if she ended up at the podium! (Photo via Ilya S. Savenok/Getty)

4. Tituss Burgess, Supporting Actor in a Comedy Series for Unbreakable Kimmy Schmidt (Instagram: @titusssawthis + Twitter: @titussburgess): This scene-stealer is sure to have an even bigger role in the second season of the Netflix comedy — he snagged his very first Emmy nom this morning. Here’s to good vibes + positive thoughts for a W for this talented guy, who will hopefully provide us with a follow-up to “Peeno Noir” via acceptance speech. (Photo via Brad Barket/Getty)

5. Viola Davis, Lead Actress in a Drama Series for How to Get Away With Murder (Twitter: @violadavis): We know, we can’t believe the varied, multi-dimensional characters the actress has played in the past have never earned her an Emmy nom before. Regardless, we are so pumped for this lady and think she rightfully deserves the trophy simply for that unforgettably powerful makeup removal scene alone. (Photo via Frederick M. Brown/Getty)

6. Tatiana Maslany, Lead Actress in a Drama Series for Orphan Black (Instagram: @tatmas + Twitter: @tatianamaslany): The actress who plays practically a dozen characters on the BBC America series finally got a long-overdue nomination. Now the only question is, which clone will inspire her red carpet look? (Photo via Gabriel Olsen/Getty)

7. Niecy Nash, Supporting Actress in a Comedy Series for Getting On (Instagram: @niecynash1 + Twitter: @niecynash): Nominated multiple times for her hosting duties on Style Network’s Clean House (which she won in 2010), this year marks her first Primetime Emmy nomination for her role in the HBO comedy series where she plays an empathetic nurse. Niecy, we don’t wanna see no scrubs come Emmy night ;) (Photo via Jason Merritt/Getty)

9. Anthony Anderson, Lead Actor in a Comedy Series for Black-ish (Instagram: @anthonyanderson + Twitter: @anthonyanderson): The patriarch of the Johnson family on the ABC comedy series snatched his first nomination at the Emmys, and it couldn’t have been for a better role. (Photo via Jamie McCarthy/Getty)

10. Will Forte, Lead Actor in a Comedy Series for The Last Man on Earth (Twitter: @orvilleiv): The former Saturday Night Live cast member has been bringing the comedy since he left the TV institution in 2010. Now playing… well, the last man on Earth, he could be the only man left standing in his category accepting an award come Emmy night. (Photo via Mark Davis/Getty)

SNUB: Gina Rodriguez, Lead Actress in a Comedy Series for Jane the Virgin (Instagram: @hereisgina + Twitter: @hereisgina): The actress who gave The CW its first-ever Golden Globe nomination + win also had one of the best-ever Emmy “For Your Consideration” campaigns (Exhibit A) and gives amazing, inspiring (and award-worthy on their own) acceptance speeches (Exhibit B) all while looking flawless. Oh, also she is a mega-talented actress and totally should have been one of the nominees for her dynamic performance throughout the first season of Jane the Virgin. #JusticeforGina (Photo via Jason Merritt/Getty)

Which Emmy newcomer are you most excited about, and are you as outraged about Gina Rodriguez’s snub as we are? Share your thoughts with us in the comments.