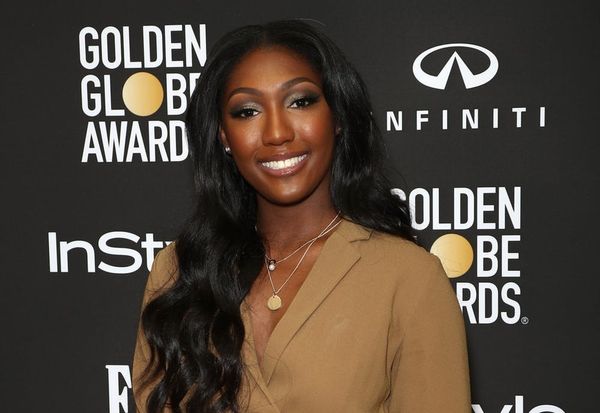 As awards season quickly approaches, information about some of the major galas is starting to surface, including the news that Idris Elba‘s daughter Isan Elba has been named the Golden Globe Ambassador for 2019.

“I feel honored to hold this title and use this role to not only further educate people on the work of the Hollywood Foreign Press Association, but also shine a light on issues that I care about,” 16-year-old Isan, whose mother is Kim Elba, said in a press release.

“Mental health, specifically among African-Americans and my peers in particular, is something I really want to be more vocal about,” she continued. “There’s this perceived stigma and I’ve seen friends struggle. We need to empower young people to not be afraid to ask for help.”

The title of Golden Globe Ambassador was first appointed in 2018. The role used to be known as Miss Golden Globe but was updated to make it gender neutral, and to shine a spotlight on children of Hollywood heavyweights who speak to the HFPA’s commitment to philanthropy. Last year’s inaugural Ambassador was Simone Garcia Johnson, daughter of Dwayne “The Rock” Johnson and Dany Garcia.

Like Simone last year, Isan will also assist with handing out awards and ushering presenters on and off stage. With any luck, she’ll have as memorable an experience as Simone did last year, when actress Frances McDormand made a point to welcome the young Ambassador.

“I’ll never forget this,” Dwayne Johnson said on The Ellen DeGeneres Show after the 2018 Globes. “Frances McDormand, she wins a Golden Globe … and right before she speaks, she turns around and walks to the back of the stage and shakes Simone’s hand, out of the blue. It just blew me away. No one did that, and she just had the awareness to do that to my 16-year-old daughter.”

What do you think of the newly updated role of Golden Globes Ambassador? Let us know @BritandCo!