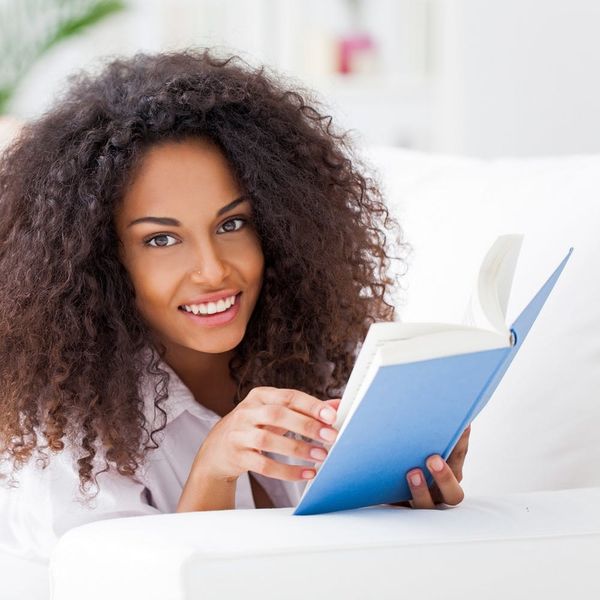 June is Pride Month, when it’s vital to take the opportunity to remind everyone — and even ourselves — that it’s a beautiful thing to be the people we are, and love the people we love. In the wake of the horrifying tragedy in Orlando, it’s more important than ever to fiercely declare and celebrate that “love is love is love is love is love.” This week’s book club features books that steadfastly support the triumph of love over hate, acceptance over fear and solidarity over division.

1. Love Wins: The Lovers and Lawyers Who Fought the Landmark Case for Marriage Equality by Debbie Cenziper and Jim Obergefell ($19): With the current country-wide frustration over the lack of political movement on gun control laws and hate crimes legislation, it’s tempting to forget that a group of passionate people can change public opinion, the law and the world.

Jim Obergefell and John Arthur were in a loving relationship for twenty years, and thought they would finally be able to take advantage of the Supreme Court’s 2013 ruling that the federal government had to provide equal benefits to same-sex relationships. As Arthur was dying from ALS, this dream became an urgent need. While they were legally married in Maryland, their home state of Ohio would not recognize this union, to the point of the final indignity — refusing to include Obergefell’s name on his husband’s future death certificate. “John’s last official record as a person will be wrong.” They hired Al Gerhardstein, a veteran of civil rights legal activism, and strived to make a difference in Ohio. They did more than that, changing lives country-wide.

Written by Obergefell himself, along with Washington Post reporter and Pulitzer Prize winner Debbie Cenziper, the book chronicles the fight and eventual victory in a moving and sensitive way that preserves the humanity beneath the layers of law, as well as the beautiful love story of a promise kept.

“As you begin this new chapter in your lives, remember: All your yesterdays have led you to today, and your love will lead you into tomorrow,” writes Obergefell. There’s still a long way to go on the road to equality and safety, and progress is never a given. That’s why it’s so essential to have an inspirational reminder that success and change are possible — and who knows — maybe this week’s filibuster will set us on the road to another.

2. I’m Just a Person by Tig Notaro ($17): “Good evening. Hello. I have cancer. How are you? Hi, how are you? Is everybody having a good time? I have cancer.” In 2012, comedian Tig Notaro had a distinctly unfunny year: She was diagnosed with the devastating intestinal disease C. Difficile, she broke up with her girlfriend, her mother died suddenly and she received a diagnosis of bilateral breast cancer.

Notaro, not one to be conquered by hardship, found strength by turning this seemingly humorless turn of events into a blazingly funny and insightful set in Los Angeles just days after her diagnosis. This became, as Rolling Stone put it, “instantly legendary,” selling more than 100,000 copies once Louis C.K. released the audio of the performance for download as an album called Live, and resulting in a Grammy nomination. I’m Just a Person is Notaro’s story of those difficult days and her triumphant comeback.

“It was the first time that I felt a need to tell the truths of my life because there was nothing left to protect,” writes Notaro. While her famous performance was truthful and necessary, Notaro considers I’m Just a Person to be the “meat” covering the “skeleton” of her stage declaration. Filled with searing honesty and a lack of self-pity or drama, the book is equal parts pain and laughter.

In the past few years, Notaro’s been no stranger to daring moves and brave words (in 2014 she performed part of her set topless to show her mastectomy scars), and she hopes the book will likewise bolster the reader’s courage and understanding, even though (or perhaps because) she’s “just a person.” And, hey, things are looking up for Notaro: A best-selling album, Grammy nom and book later, she married her wife, Stephanie, this past October.

3. Being Jazz: My Life As a (Transgender) Teen by Jazz Jennings ($12): Pride isn’t just important to the lesbian, gay and bisexual communities; it also provides a much-needed voice for the often marginalized transgender community. Teenager Jazz Jennings is a trans woman who made the transition at the age of five with the full support of her parents. Now, she’s dealing with the changes of adolescence on top of the changes inherent in transitioning.

Jennings is no stranger to the public eye; only a year after her transition, she was interviewed by Barbara Walters in a famous session that served to quell misconceptions and change some hearts and minds. Since then, Jennings has released a picture book for curious children (Orange Is the New Black’s Laverne Cox says, “I wish I had had a book like this when I was a kid”), held meetings with Oprah and President Obama and started a YouTube channel, which resulted in her being named one of the 25 Most Influential Teens by Time.

In her refreshingly straightforward memoir, she discusses her dedication to her advocacy work, as well as the bullying and discrimination that makes it a necessity. Jennings’ story and desire to help others have been vital in, as Barbara Walters says, adding “understanding and compassion for the transgender experience.” Katie Couric calls her an “eloquent spokesperson.” We call it love.

What books show you the power of love? Tag us in your next proud read @BritandCo.

Ilana Lucas
Ilana is an English professor, theatre consultant and playwright based in Toronto, Canada. When she’s not at the theatre or insisting that literary criticism can be fun, she’s singing a cappella or Mozart, occasionally harmonizing with the symphony, or playing “Under Pressure” with her rock handbell group, Pavlov’s Dogs.
Books
Home News
Books LGBTQ