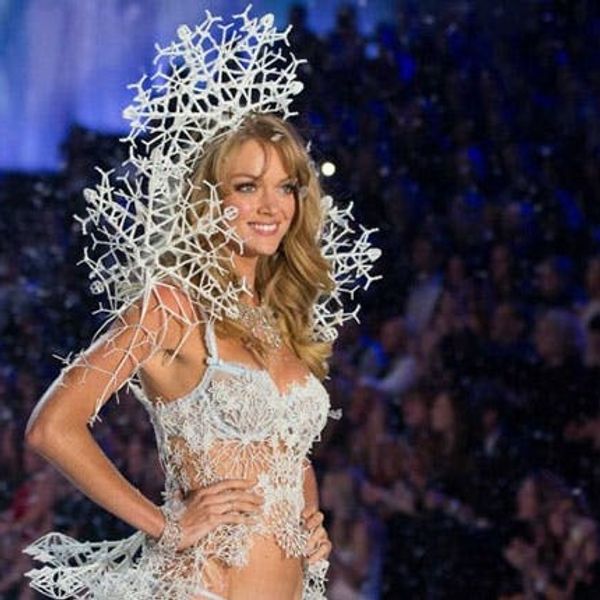 Another month, another round of innovations in the world of 3D printing. From disposable underwear (WTF) to angel wings and vinyl records, the latest in 3D printing is guaranteed to blow your mind. Let’s dig in!

Fancy a game of chess? Why not swap out your traditional rooks and pawns for this 3D printed set? We’re totally digging this stylish chess set from the folks at XYZ Workshop. The best part? Each chess piece is a micro planter and can be planted with your herb or succulent of choice. Chess just got a whole lot greener.

2. 3D Printed Batteries: A materials scientist at Harvard has figured out a way to print lithium-ion batteries. By inventing inks that can “solidify into batteries and simple components, including electrodes, wires, and antennas,” she’s been able to print a one millimeter square battery. This is more than groundbreaking, since lithium-ion batteries pretty much power everything from cars to laptops and iPhones. Her work is still in development. Stay tuned for more.

3. 3D Printed Jet Parts: Aerospace is going 3D, y’all. GE has announced that it plans to produce 100,000 3D printed components for its GE9X and Leap jet engines. 3D printing will allow for faster and cheaper production of jet engine parts, as well as lighter components overall. Could 3D printed planes be next?

Get pumped: 3D printed jewelry just got a heck of a lot more wearable—think effortlessly flexible, fluid, and comfortable. That’s what you get with Kinematics, a stunning 3D printed jewelry line and corresponding customization app from the design studio Nervous System. Kinematics is a 4D printing process that allows you to turn nearly any three-dimensional model into a flexible structure through 3D printing. Minds=blown. This means that you can finally describe 3D printed jewelry as elegant and actually mean it.

And the award for weirdest innovation in this roundup goes to… 3D printed disposable underwear. This one comes from the English company, Tamicare. These stylish undies are the product of their “Cosyflex” technology, which allows you to 3D print textiles. They were printed in less than three seconds, too. We can’t quite wrap our heads around the idea that anyone needs 3D printed disposable underwear, but the thought of being able to print other items of clothing down the line is pretty cool.

6. Victoria’s Secret Goes 3D: On November 13th, dozens of Victoria’s Secret models strutted their stuff for the annual VS Fashion Show. The kicker? This year, one of the angels wore 3D printed wings. Lindsay Ellingson walked the runway in a custom-fit snowflake motif. Architect Bradley Rothenberg designed the wings, which were then printed by Shapeways and encrusted with Swarovski crystals. We’re impressed.

7. GE 3D Printing Day: In case you missed it, GE recently gave 3D printing its own holiday. In celebration of this cool technology, December 3rd was declared 3D printing day. The brand’s followers were asked to choose a 3D prototype and tweet for a chance to win a customized holiday gift with the hashtag #3DPrintMyGift. Big brands embracing 3D printing and innovation? We’re in.

8. Vinyl Goes 3D: Newsflash: Vinyl is back. It’s time to break out the record player and throw on a… 3D printed track? Get this: Kele Okereke, the lead singer of Bloc Party, will release his newest track on a 3D printed record. So awesome. Set to retail at a pop-up in London on December 13th and 14th, the record is the first official full-length track to make use of 3D technology. Proceeds from the sales will go to charity.

Meet 3D Builder, the new 3D printing app for Windows 8.1. Download Builder on your Surface tablet to start viewing, scaling, and printing 3D models (you’ll need a Windows 8.1-ready 3D printer). The app comes loaded with a library of objects you can customize to your liking. If you’re looking for a simple introduction to the world of 3D printing, this might be the place to start.
Francesca Bean
3D printing
Tech
3D printing
More From Tech