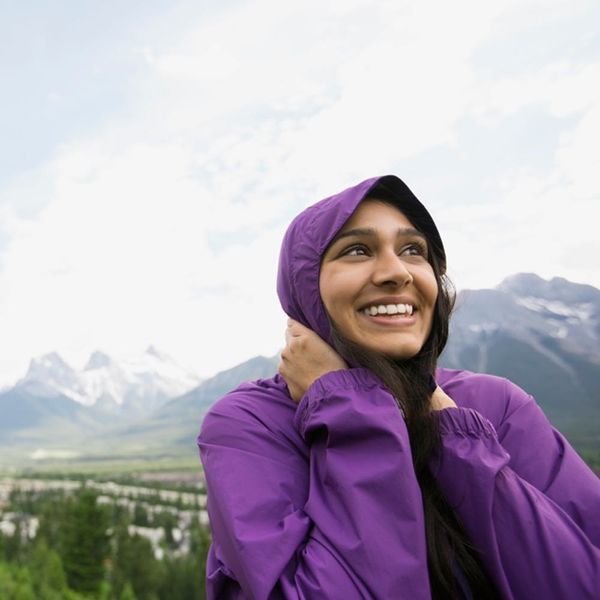 Let’s make 2017 the best year yet. Forget all that went down in 2016 (that missed trip, the horrendous cold, Bowie, Prince and Princess Leia) and pack 2017 full of spontaneous travel, brand-new experiences and epic adventures. When you make the decision to go on a crazy adventure, the fun is pretty much guaranteed. So that brings us to the big question: What will you do? To help you figure out how to bring on 2017, we’ve got eight suggestions of what to do, where to go and what to experience.

1. Celebrate Finland’s 100th year of independence. Back on December 6, 1917, the country we now know as Finland officially declared its independence from Russia. And to honor this big anniversary, Finland will be celebrating all year long. The theme of their Jubilee is “Together,” and it includes all sorts of community events focused on the arts and Finnish culture, from the edgy musical Tom of Finland to a project gloriously titled “100 Acts for Gender Equality.” If you’ve ever toyed with visiting Finland, this is the year to go.

2. Party up north for Canada’s 150th bday. Finland isn’t the only country rejoicing in a big anniversary. This year Canada will be celebrating its 150th birthday. Head up to our lovely (and oh-so polite) neighbor to the north for a visit. An awe-inspiring way to see the country is on the Rocky Mountaineer, a luxury train that will take you on a gorgeous ride through the Canadian Rockies and western Canada. “Rainforest to Gold Rush,” “Coastal Passage,” and “Journey Through the Clouds” are a few of the enticing rail adventures that you can choose from. They also feed you culinary delights such as cranberry apple French toast and roasted salmon with smoked sea salt, so it’s worth it for the food alone.

With five distinctive hotels in key locations plus a luxury train in #Peru, we invite you to explore all the highlights from #Lima to #MachuPicchu! #SacredValley #SouthAmerica #JourneyinPeru #Cusco #DiscoverBelmond

3. Take a train trek through the Andes. Speaking of trains, instead of heading up north, go south, way south! This May, the Belmond Andean Explorer train will begin journeys from Cuzco, the historic capital of the Inca Empire, to Arequipa, a town surrounded by three volcanoes. The Peruvian trip will literally take riders to new heights: The train climbs to 11,400 feet, making it one of the highest train journeys in the world. They do these heights in style. The train harkens back to the old-school glamour of the golden age of train travel. FYI: Belmond does other fancy-pants train journeys, like the world-famous Orient Express from London to Venice.

4. Witness a total eclipse. If you’re in California, Texas or Vermont, you won’t be in the right place to see the full solar eclipse that’s set to happen in mid-August. There’s a diagonal path through the US, from Oregon to South Carolina (and every state in between), where the best views are found. Another full eclipse won’t happen for another seven years, so now’s your chance to witness an out-of-this-world event. For more deets, visit the Total Solar Eclipse website.

5. Follow Hamilton everywhere. Back in the day, when Jerry Garcia was still with us, throngs of people would follow the Grateful Dead all over the country. Now’s your chance to repeat history — but with far less Birkenstocks, patchouli and pot, and way more duels, ruffles and rapping. This year, follow Hamilton around the country. The Broadway phenomenon is currently holding court in New York City and Chicago, but it will stop in San Francisco, Los Angeles, Seattle, Houston and Washington, DC (with more dates being added soon). If you really want to embrace your love for the founding father, check out our Hamilton travel guide.

6. Gobble up the Food & Wine Classic. Food, wine, food and more food. That’s what’s on the menu at the annual Food & Wine Classic happening June 16-18 in Aspen, Colorado. World-renowned chefs, top-tier sommeliers and oodles of foodies will bring their appetites to the ever-so-popular festival to eat, learn and meet celebrity chefs in a gorgeous locale. And, really, food and wine make any adventure a delicious one.

7. Go to Pandora. Yes, you can indeed go to Pandora, that otherworldly locale made famous in director James Cameron’s 2009 blockbuster Avatar. This summer, the much-anticipated Pandora: The World of Avatar will open in Disney World. Sure, Avatar isn’t about Elsa, Anna or even Mickey and Minnie, but the immersive experience is sure to be pure Disney. As for when you can visit this new land of floating mountains, bioluminescent plants and banshees, the answer is a vague “this summer.” But keep checking the Disney Parks blog to see when the official date is announced.

8. Get romantic in Venice. For a truly romantic experience — and one that might have you questioning what century you’re in — jet over to Venice, Italy, for their annual Carnival. During the festivities, from February 11-28, there will be multiple events to stun all your senses, from a love-themed gala in a palace to the Il Ballo del Doge, a pricey event with a strict dress code (only period costumes are allowed).

Sunny Chanel
Sunny Chanel is a freelance writer as well as the founder of the whimsical site Wonder and Company. When this proud San Franciscan isn't writing, working on her fixer-upper or doing crafts, she is playing dress up with daughter and planning her next trip to Disneyland.
road trip
Travel
road trip
More From Travel