15 ’90s Halloween Costumes You Haven’t Thought of Yet 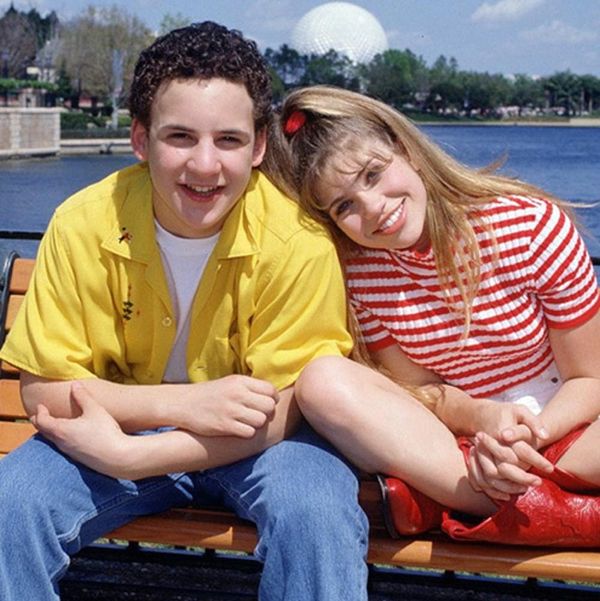 When it comes to picking out a Halloween costume that’s sure to be a hit, going for something from the ’90s is an obvious choice. But the problem is that it’s also an obvious choice for everybody else. If you want to have a throwback costume that you know no one else is going to be rocking, we vote you skip the Fresh Prince getup and instead opt for one of these clever options.

1. ’90s Mary Kate and Ashley: Sure, MK + A are killing it on the fashion front in 2015, but we love their ’90s looks just as much. Bring back your favorite set of twins with some shorteralls, blonde wigs and scrunchies. (via Brit + Co)

2. Tamagotchi: Bring back your favorite childhood toy this year for Halloween. Chelsea, the genius creator of this costume, tells Costume Works, “I cut the sandwich board out of foam core, painted it with neon acrylic paint, and created the screen out of a thick piece of clear rubber (one of those computer desk covers you can get at Staples) and taped neon green EL wire on the inside so it could light up. My very talented husband drew the pixelated figures with Sharpie and painted the Tamagotchi logo.” (Photo via Costume Works)

3. Spinelli: Sarah Hyland channeled our favorite Recess character way back in 2012, but it’s still as cool a costume now as it was then. Also, if you’re looking for something practical for the cooler weather, this costume should definitely be a contender. (Photo via @therealsarahhyland)

4. Alex Mack: Throw on a backward baseball hat and overalls and tie a flannel around your waist. Then all that’s left to do is transform into a metallic goo puddle — easy, right? (Photo via @ahstrayah)

5. Corey Mason From Empire Records: If you’re into the ’90s but not quite as into dressing up, this is the perfect in between. And the best part? You can definitely source all of these pieces from Goodwill. (Photo via Adventures in Fashion)

6. Every ’90s Trend: Think: a Delia’s catalog on crack. Throw on a choker necklace, one of those one-size-fits-all t-shirts, butterfly clips, body glitter and some platform sandals and literally spend the night as the ’90s. (Photo via Brit + Co)

7. Parent Trap: Unite with your best bud (or twin if you have one) to channel your favorite ’90s twins. Major kudos if you accessorize with Oreos and peanut butter. (via Brit + Co)

8. Clarissa Explains It All: This one is pretty easy — just literally pile on ALL the patterns you can find. (Photo via Universal Studios)

9. Lil’ Kim at the VMAS: If you’re down to show a little (okay, a lot of) skin, why not replicate that legendary Lil’ Kim ensemble she rocked at the 1999 VMAs? If Miley can pull it off, you can too. (Photo via Scott Gries/Getty)

10. ‘90s Snacks: Blow up your favorite ’90s snack or cereal to the size of a poster board. Then glue it on some foam board and wear it as a giant necklace. (Photo via Betty Crocker and General Mills)

11. Sister Sister: This one is for all you twins, sisters or friends who look super similar out there. We’re going to say bucket hats are a must. Props to you if you can also recruit your very own Roger. (Photo via ABC)

12. Johnny Depp and Kate Moss: If you and your boo are ready to channel some lethal levels of ’90s grunge, go as this iconic couple. Make sure your Johnny is rocking some combat boots, ripped jeans, a flannel and a beanie. Kate should be sporting something simple like a shift dress and strappy heels. But the key ingredient to totally killing this couple’s costume is definitely a heavy dose of angst. (via Tumblr)

13. Cory and Topanga: I mean, is there really a cuter ’90s TV couple than these two? Doing this costume right is definitely about nailing the clothing, but it’s even more important to get the hair right. Pop on a dark, curly wig for Cory and the highest of high ponytails for Topanga. (Photo via ABC)

14. Kimmy Gibbler: Forget the rest of the Full House crew; Kimmy definitely had the best outfits out of the bunch. If you do feel inclined to dress up as the Tanner family’s favorite neighbor, be sure to check Andrea Barber’s Twitter, because she usually hosts a Kimmy Gibbler costume contest! (Photo via @ledjesselin)

15. A Celeb Who Just Got Slimed: Because what’s more ’90s than getting covered in a bunch of green goop? Grab some thrift store duds and mimic the slimy stuff with as much green paint as you can find. (Photo via Frank Micelotta/Getty)

What ’90s character are you dressing up as this Halloween? Share you ideas with us in the comments below.