A “Bomb Cyclone” Is Pummeling the East Coast: Everything You Need to Know 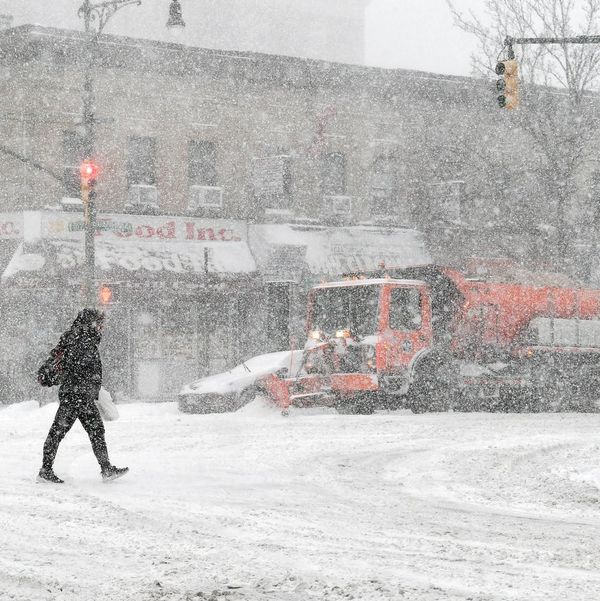 If the “bomb cyclone” currently pummelling the eastern US has you boarding the windows and battening down the hatches in an ill-informed frenzy of panic, fear not! We’re here to demystify the most fabulously named weather phenomenon since ball lightning.

There’s no doubt that a bomb cyclone sounds like something to run from screaming. In fact, as Popular Science explains, it is simply the name given to a low-pressure system when it experiences a major drop in pressure in a single day. The scientific term is actually bombogenesis. No big deal, right? Well, actually, it is this drop in pressure that allows a storm to pick up more air and grow in strength — the bigger the pressure drop, the stronger the storm.

So, snowmageddon of the millennium? Hold your horses, sister. The storm currently gathering force is actually called Grayson, and it’s shaping up to be a big one. It’s the first storm of its size this winter, stretching from Florida to Maine, and it could produce hurricane force winds, but that’s pretty common for winter storms, as is bomb cyclone status. Experts are rolling their eyes at the non-scientific term “snow hurricane,” so we can all calm down about that overhyped misnomer.

The consensus seems to be that Grayson is going to be a big, cold, windy winter storm and that everyone in affected areas should take the necessary precautions to stay safe as it makes its way from the South up the East Coast. Governor Andrew Cuomo of New York declared a state of emergency Thursday morning, as did other governors and local leaders, and blizzard warnings are in effect in Delaware, Maine, Maryland, Massachusetts, New Jersey, Rhode Island, and Virginia, reports the New York Times.

If you’re in an affected area, bundle up and stay home snuggled up on the couch if you can, with a window onto the world of white accumulating outside. Just don’t expect to see any explosions.

Lia Grainger
Lia Grainger is a freelance journalist and reluctant nomad who divides her time between Canada and Spain, weather dependent. She's written for The Atlantic, Reader's Digest, the Toronto Star and other print and online publications, and her work appears in dozens of languages around the world.
science
Current Events
science