Drop Everything: A Permanent Hello Kitty Cafe Has Just Arrived in California 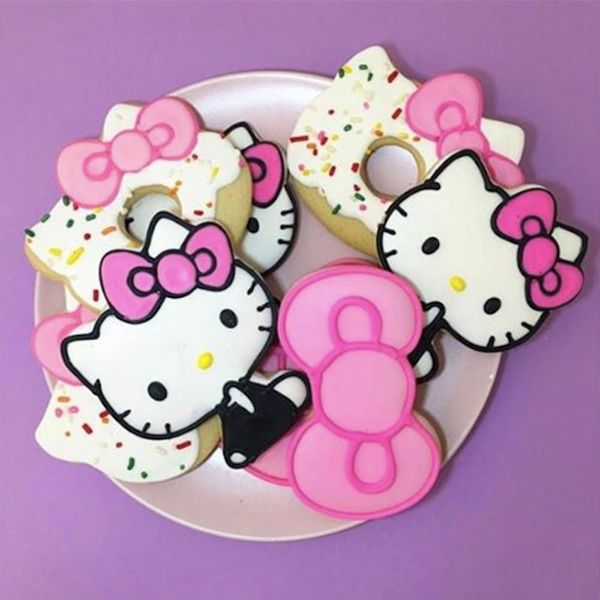 Between flying on the Asia-bound Hello Kitty airplane and shopping at the Hello Kitty supermarket in Hong Kong, we’ve already had plenty of our wildest Sanrio character dreams fulfilled, but the fun’s not over just yet. Our fix has been met once more, and this time we won’t have to travel so far, because a permanent Hello Kitty-themed cafe has just opened in Westfield Santa Anita, California.

Following the success of America’s very first pop-up Hello Kitty cafe in Irvine last summer, a Hello Kitty Mini Cafe has permanently opened its white and pink doors in the Westfield Santa Anita shopping mall in Arcadia. Pretty much everything is Kitty-themed and is so. Darn. Cute.

As reported by Eater LA, the menu is full of delicious treats fit for Hello Kitty herself. In addition to your classic hot and iced coffees, the cafe is also serving up mouth-watering drinks, like rose water iced tea and blackberry mint lemonade. YUM!

There are also a number of scrumptious treats available in limited quantities each day, including sugar cookies (shaped like Hello Kitty, of course), classic apple pie, a heavenly donut macaron with raspberry buttercream (complete with a candy bow!), and a mini vanilla bean birthday cake frosted with buttercream and sprinkles.

Will you be heading to the Hello Kitty cafe? Tweet us @BritandCo.

Barbara Pavone
Barbara Pavone is a pop culture-obsessed writer based in beautiful (but ridiculously cold) Montreal, Canada. When she's not working, she's sipping on a Pimm's Cup and daydreaming about her celebrity hero, Saint West.
Pop Culture