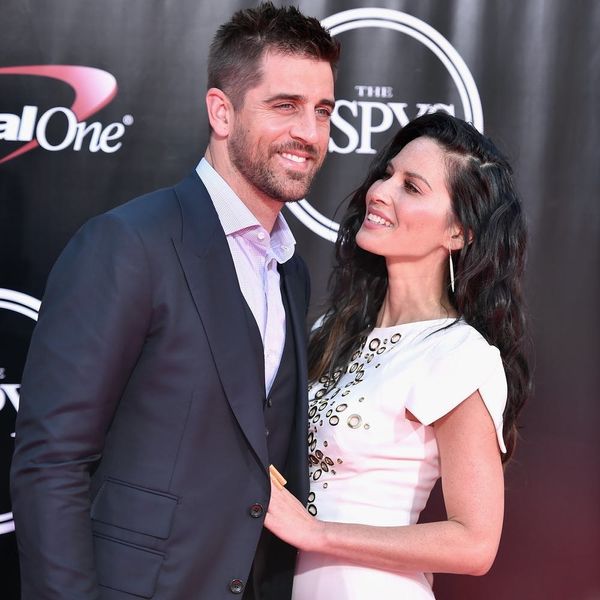 Jordan Rodgers may be happier than ever with fiancée and former Bachelorette JoJo Fletcher, but his estranged older brother, Aaron Rodgers, is having a rougher go of it in the love department. The football star, who split from Olivia Munn back in April after three years of dating, opened up about the challenges of falling in and out of love in the spotlight, giving us some insight as to what went wrong between the lovebirds.

“When you are living out a relationship in the public eye, it’s definitely… it’s difficult,” the 33-year-old admitted to ESPN the Magazine.

News of the couple’s breakup came just two months after they sparked engagement buzz in late January, courtesy of the diamond ring spotted on Munn’s left hand. They certainly seemed smitten enough: The Green Bay QB’s ex gushed over him during her 2015 interview with Good Housekeeping, saying, “Aaron is different than every other man I’ve ever met. Everything a good person can be, he is.”

But as he explained to ESPN, his romance with the 37-year-old X-Men: Apocalypse actress had “some extra constraints” — namely, fans who blamed any of his on-field shortcomings on Munn. “You have other opinions about your relationship, how it affects your work, and, you know, just some inappropriate connections,” he summarized.

He also noted the “[d]ecreased privacy” the duo experienced as a result of their fame, admitting it caused “increased strain or pressure or stress associated with relationships. Friendships and dating relationships.”

Indeed, his high-profile romance wasn’t the only personal connection under scrutiny: There has been plenty of talk about the rift between him and his formerly close family. “A lot of people have family issues,” he mused to ESPN. “I’m not the only one that does.” Telling writer Mina Kimes that he’d rather not discuss it with the public, he added, “It needs to be handled in the right way.”

Though the athlete said he’s getting better at ignoring his critics, he definitely struggles with people’s perception of him. “When somebody thinks of you a certain way that’s not real, or says something about you that’s not true, I … you know, that’s not me,” he said. “You’re not seeing me the right way.”

Has outside pressure ever gotten in the way of one of your relationships? Let us know @BritandCo.

Desiree O
Desirée O is a ‘Professional Bohemian’ who loves anything and everything related to the arts, entertainment, and pop culture. She ADORES being a ‘Newsy’ for Brit + Co, covering all of the latest tidbits of awesomeness that you want to read about. When she’s not writing, she’s either making messy art, going on long adventurous walks with her camera, or poking around over at bohemianizm (http://www.bohemianizm.com/). You can find out about Desirée O and her work at http://DesireeO.com/ or follow her on Twitter @DesireeO.
Celebrities
Celebrity News
Celebrities Celebrity Breakups love
More From Celebrity News