After My Mother Died, I Found an Unexpected Best Friend: Her Identical Twin 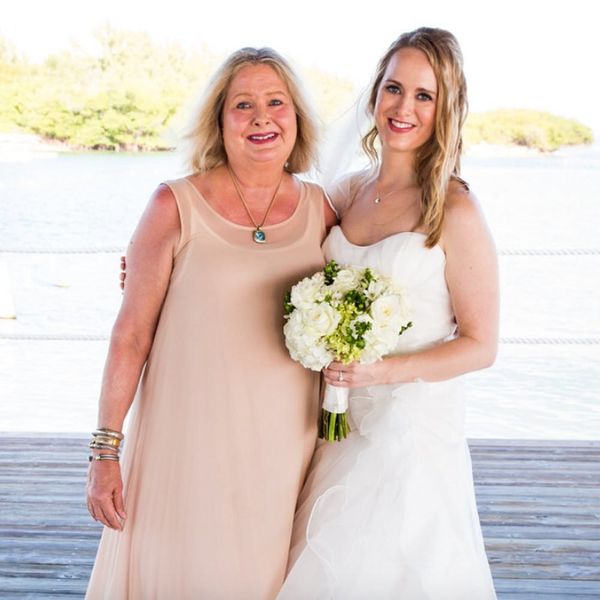 In honor of Mother’s Day, we’re sharing stories from the Brit + Co community about mother figures who shape our lives.

It was a Friday in February 2006 when my brother called to tell me that, after years of alcohol abuse, our mom, Sandi, had died alone in her apartment. She had been sick for a while, but it still devastated our family. It left me disoriented and unmoored, as though a beacon on the horizon had winked out.

I inherited the task of delivering the news to my aunt Randi, Mom’s identical twin sister. It was the most difficult phone call of my life. I choked out the words: ‘Mom passed away.’ I couldn’t bring myself to say ‘die.’ In that moment, I felt like a kid playing Red Rover – as if, with those three words, I had barreled through the twins’ clasped hands and recklessly severed a 51-year-old connection.

At that point, Randi and I were on okay terms, but we didn’t have an adult relationship – because, before, I wasn’t really an adult. Things changed after Mom died, after that phone call. Price-shopping for crematoriums, flying with your mother’s ashes in a carry-on, and delivering a eulogy in front of your entire family has a way of wringing the last drops of immaturity from your system. But, sometimes, new life grows from loss.

When I first read The Lovely Bones – Alice Sebold’s 2002 novel about a girl who’s murdered and watches her family grieve from the afterlife – before my mother’s death, I kept waiting for an explanation of the title. I found its unlikely combination of words unsettling. How could bones be lovely?

Late in the book, Sebold reveals the title’s meaning, through the protagonist, Susie:

These were the lovely bones that had grown around my absence: the connections – sometimes tenuous, sometimes made at great cost, but often magnificent – that happened after I was gone. And I began to see things in a way that let me hold the world without me in it. The events that my death wrought were merely bones of a body that would become whole at some unpredictable time in the future. The price of what I came to see as this miraculous body had been in my life.

I understood that explanation on only a surface level. But over the past 12 years, in the aftermath of my mother’s untimely death, I’ve come to fully comprehend what Sebold meant. Because the lovely bones that have grown out of my mother’s tragic ending form one of the most important relationships in my life today: the bond I share with Randi, her twin. It’s a relationship that wouldn’t have existed otherwise, and, perhaps, it’s a way for us to find meaning in this senseless loss.

When Randi and I began talking on a regular basis over a year after Mom’s death — hour-long, monthly conversations — we didn’t linger on Mom’s final years. Maybe it was pointless, or maybe it was too painful. Watching someone you love self-destruct is a special kind of heartbreak.

I was 22 when Mom died. She was 51. It was the point in my life when I needed a strong female role model the most – when I was setting off into the world and building a life for myself. Luckily, I found much of what I needed in my aunt, the person closest to my mom both in terms of DNA and emotional connection. And I wasn’t the only one seeking to fill the absence. Randi had lost her closest confidante, her lifelong best friend, her other half. We realized we needed each other.

So, we each stepped into one of Mom’s shoes: as mother, as sister. At the same time, our relationship has an unscripted freedom to it. Unlike sometimes-fraught mother-daughter relationships, our newfound relationship didn’t come with any preconceived notions of what our dynamic should be. We talk about our worries, our fears, our hopes, and our triumphs. We make the rules.

My mom was one of the few people I never felt judged by. Randi is, indeed, identical to her twin in this sense. I can be unabashedly myself around her, and she internalizes my problems. There’s no pressure to say just the right thing or give sage advice. Hearing, and being heard, is what counts. As with my mother, I can tell my aunt anything without fear.

However, unlike my mother, Randi has opened up to me about internal struggles of her own, ones that we share. And, perhaps if my mother had done likewise, she would be here today.

They were raised to follow WASPy reticence to a T, Randi tells me. When my grandfather died of a heart attack, Sandi and Randi were 11 and were told, along with their three brothers, to carry on as if nothing had happened. In the years since, they’ve each tended that wound differently. For my mother, it festered instead of healing.

Over the years, Randi and I have broken our family’s cycle of emotional repression by tending to each other’s wounds. We’ve weathered even more heartbreak together – suicide, sudden deaths, substance abuse, and mental illness – but also births, weddings, new jobs, new homes, and other joyful firsts. We’ve helped each other heal.

Though I will forever mourn the adult relationship I could’ve had with my mother, I am beyond grateful for the lovely bones that grew out of her death. And I know that by keeping her memory alive – whether by wearing her treasured possessions, using her name, or telling her story – Randi and I carry Mom within us, between us.

Chelsea Greenwood is an award-winning lifestyle writer and editor based in South Florida. After earning her magazine journalism degree from the University of Florida, she served as a staff editor at several local and national print publications. Her work has been featured by Teen Vogue, Yahoo Lifestyle, Fodor’s Travel, Racked, Business Insider, and more. She’s also a Ravenclaw, a Chicago native, and a wiener dog mama.