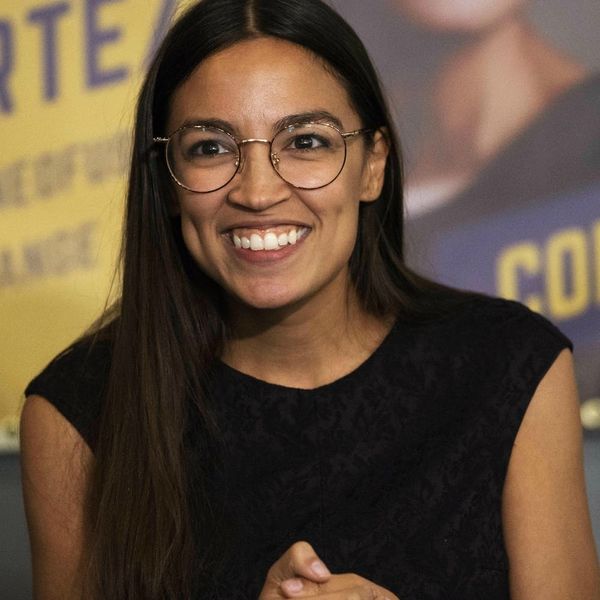 Even taking a break to recharge is news-making where it comes to soon-to-be sworn in congresswoman Alexandria Ocasio-Cortez. On Monday, the Bronx-born politician kept it as real as always by admitting via Instagram stories that self-care can be hard for her because, as with many (most?) women, long-overdue self-care breaks can make her feel guilty.

“I’m starting a week of self-care where I’m taking the week off and taking care of me,” the 29-year-old said in a now-expired series of stories, before admitting that taking time off is something she doesn’t exactly know how to do. And although she joked throughout the stories, asking for tips on just how one does self-care, Ocasio-Cortez brought it back to reality by explaining why it’s so hard for women to care for ourselves.

“For working people, immigrants, and the poor, self-care is political,” she explained. “Not because we want it to be, but [because] of the inevitable shaming of someone doing a face mask while financially stressed.” She also underlined the guilt that women in particular experience when it comes to taking time to relax.

“My mother was a housekeeper and worked herself to the bone so that I could go to college,” she continued. “She denied herself a lot — so I feel a lot of guilt thinking about taking a day off. [ . . . ] It’s not okay that women subconsciously perpetuate unequal burdens for generations, just because we’re made to feel guilty if we don’t. Notice how much of this guilt is self-reinforced and internalized via social norms.”

While she owned up to her struggles in caring for herself since running for office, she also shared that she finds it important, particularly as a politician, to share the challenges she’s faced in her journey. By keeping it real, she hopes to show others that while it may present its challenges, anyone can and should run for office.

Though many of us may view self-care as an indulgence, Ocasio-Cortez urges us to re-evaluate it as the fuel we need to keep being emotionally and physically ready to make changes in our lives and the lives around us — not a petty indulgence that serves little purpose beyond spoiling ourselves.

As for her plans, Ocasio-Cortez has decided to rent a car (stick shift, which she couldn’t believe she could still remember how to drive) and head upstate with several books, epsom salts, lavender oil, some good music, and time to reflect. May we all be so lucky this holiday season.

Kat Armstrong
Kat has been a writer, social media maven and mom for longer than she's willing to admit. She's also spent time in front of and behind the camera, interviewing celebs, politicians and acting as a producer for fashion and artistic photography shoots. When she isn't writing for various orgs and publications, she's hanging with her kids, husband and French Bulldog, Peter, in Toronto, Canada.
Politics
Empowerment
Politics