Ali Fedotowsky Is Pregnant With Baby No. 2 — See Her Sweet Announcement! 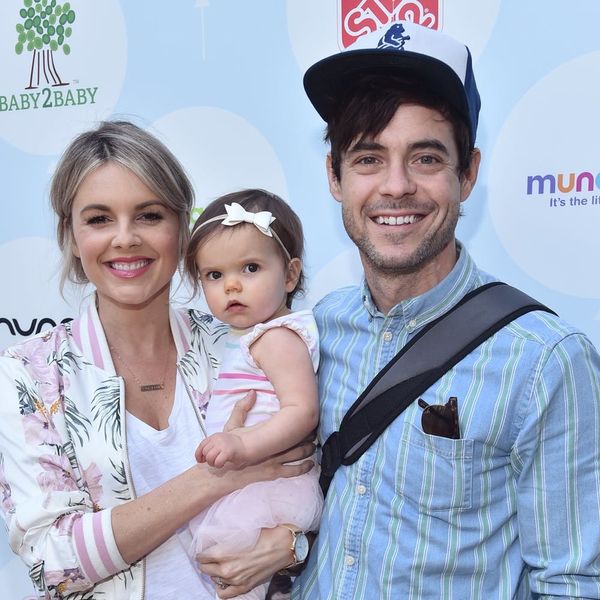 “And just like that, life became a whole lot sweeter,” Fedotowsky captioned the Instagram pic she used to make the announcement. The black-and-white snap shows the mother-to-be with her husband and her 16-month-old daughter, Molly, who is shown pointing to her mom’s belly. According to Fedotowsky, baby Manno is due in May 2018.

The reality TV star revealed back in July that she and Manno were ready and trying for a second child, saying their plan was always to have two kids, two years apart. “If I was ovulating right now, I wouldn’t be here! I’d be back in LA,” she joked at the time.

So far there have been no hints at possible names for the baby, but it’ll no doubt be a thoughtful process, given the sweet meaning behind their first daughter’s name — little Molly Sullivan is named after Fedotowsky’s late grandmother, Molly Fedotowsky, and Manno’s late grandmother, Eva Sullivan.

Fedotowsky previously revealed on her blog, Ali Luvs, that her first trimester with Molly was extremely difficult due to severe nausea. No word on whether the same is true this time around, but we suspect we’ll be getting lots of Instagram and blog updates on the new baby along the way. Congrats to the growing family!

Did you (or do you plan to) document your pregnancy on a blog? Let us know @BritandCo.