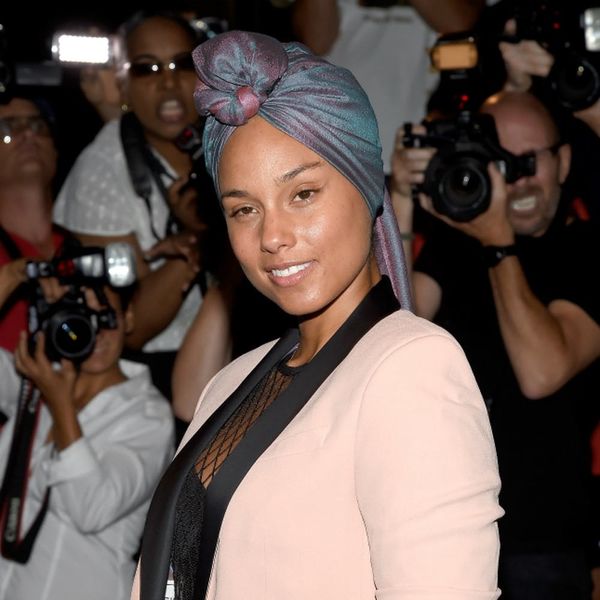 When The Voice judge Alicia Keys debuted her no-makeup look earlier this year, everyone had something to say. Within her essay explaining why she chose to live makeup-free, the singer said she wanted to be able to be herself and love herself no matter what her face looked like. While the look garnered a lot of controversy at this year’s VMA’s, it seems like the tide is already turning. More and more celebs have joined with Keys to rock this no-makeup look, and they all look fierce doing it.

Gabrielle Union took to Snapchat just yesterday to show off her no-makeup face. Why? Because she’s embracing her natural look and notes that Alicia Keys is her inspiration.

While on The Today Show, Keys inspired Tamron Hall to take her makeup off live on TV, and the results? Another gorgeous, fresh look.

Balenciaga. No make up today.

Just before her now-notorious Paris robbery, Kim shared a no-makeup look during the Balenciaga runway show.

Former reality star Nicole Richie is also rocking the no-makeup look, looking fresh and rested. As she admits, she stays away from makeup as it causes a reaction on her skin.

So what if someone else used to park here ... it's MINE now. #TheSinner

Jessica Biel has been rocking the no-makeup look more and more on social media, which goes to show that #momlife seems to agree with her.

I voted. He tried.

Amanda Seyfreid shows off her no-makeup look in her day-to-day life, running around with dogs and friends and looking like she doesn’t care about having to glam it up for the cameras.

With more celebs baring their no-makeup looks on social and the red carpet (Kim K. and Alicia Keys rocking it hardest of all), we’re hoping to see this trend continue into day-to-day life more and more, because, well, we love having extra time in the morning to sleep/eat/relax instead of slathering on makeup!

Do you rock a no-makeup look? Show us @BritandCo!

Kat Armstrong
Kat has been a writer, social media maven and mom for longer than she's willing to admit. She's also spent time in front of and behind the camera, interviewing celebs, politicians and acting as a producer for fashion and artistic photography shoots. When she isn't writing for various orgs and publications, she's hanging with her kids, husband and French Bulldog, Peter, in Toronto, Canada.
Beauty Trends
Beauty News
Beauty Trends Celebrity Makeup