America Ferrera Gets Candid About How Pregnancy and Motherhood Changed Her 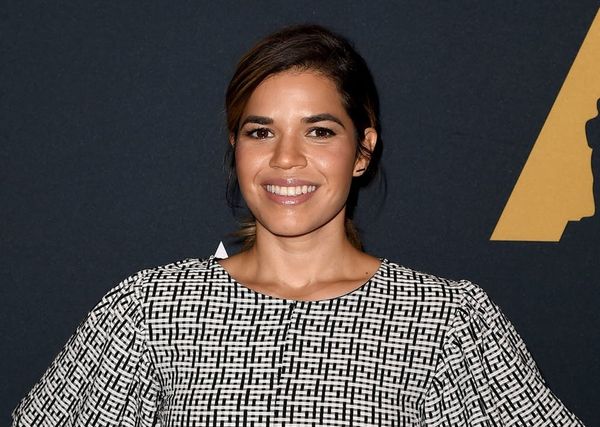 This past May, America Ferrera and her husband, Ryan Piers Williams, welcomed their first child, a baby boy named Sebastian. At the time, the actress announced her son’s birth by writing on Instagram that “Mom, Dad, and Baby [were] happy, healthy, and totally in love.” Now she’s opening up more about pregnancy and parenthood as the cover star for Health magazine‘s December issue.

#AmericaFerrera has accomplished a lot—but if you think our December issue is going to be a story about how a busy modern woman finds balance, you’re wrong. (Because focusing on how she juggles it all instead of her amazing work would be reductive.) “I’ve always felt a very strong sense of right and wrong, of justice,” she says on standing up for her beliefs. . Even the 34-year-old’s acting roles are centered around telling stories that aren’t often told: “I wouldn’t have a platform if I wasn’t representative of so many people who wanted to see themselves,” she said. “My career started with Real Women Have Curves. Then Ugly Betty and The Sisterhood of the Traveling Pants,” she continues. “These are all characters and worlds that had never been really seen and respected on-screen before. That’s what gave me my platform. So for me, it’s not separate from my career. I think we all have a responsibility, to a degree, to be thoughtful about the things we do and the things we create and the impact that those things have on the world.” . Link in bio for full interview! (📸: @taomeitao)

“Every step of the way, everybody tells you what it’s going to be like and how you’re going to feel,” the Sisterhood of the Traveling Pants star said about the expectations she had around being pregnant. “I really think that is so harmful to so many of us. I decided early on that I wasn’t going to expect my experience to be what other people told me it would be like — good or bad. Every woman I know has a different experience of pregnancy and motherhood.”

When it comes to Ferrera’s own experience, she says that she felt “really powerful and healthy” when she was pregnant. “You create life. I found so much power in that. In terms of my relationship to my body, I’m still breastfeeding, so it’s still very much in service of my son,” she explained. “There are parts of it that I love and also parts of it that are super challenging. I’m just now starting to feel like I want to feel strong in my body again. I didn’t work out as much as I imagined I would during my pregnancy. I was in triathlon shape when I got pregnant. I had so much on my plate and something had to give.”

Ferrera also opened up about how parenthood has changed her relationship with her husband. “It’s absolutely changed us as individuals,” she said. “It changes what we talk about and what we focus on. For so long, it’s been just the two of us, and we’ve had an amazing life together. I don’t know that either one of us could anticipate how much we love [Sebastian] and how it makes everything new again.”

She continued, “We’ve traveled to many wonderful places, and we’ve seen many things — and just getting to imagine that somewhere down the line everything that we’ve already done and seen, Baz will be seeing for the first time…it’s amazing.”

Of course, in addition to being a new mom, Ferrera is an active member of the Time’s Up movement, a producer and star on NBC’s Superstore, and the brain behind a new book, American Like Me: Reflections on Life Between Cultures.

Asked why she dedicated the book to her son, Ferrera told Health, “Because I feel like, to some extent, everything I do is informed by my earliest experiences in the world. So much of what I do now is about wanting to make it better so that the next generation can do and be so much more. Also, it heals something inside of me to be able to give what I never had — for him and for millions of other kids.”

Did you have any expectations about pregnancy and motherhood? Let us know @BritandCo.

Desiree O
Desirée O is a ‘Professional Bohemian’ who loves anything and everything related to the arts, entertainment, and pop culture. She ADORES being a ‘Newsy’ for Brit + Co, covering all of the latest tidbits of awesomeness that you want to read about. When she’s not writing, she’s either making messy art, going on long adventurous walks with her camera, or poking around over at bohemianizm (http://www.bohemianizm.com/). You can find out about Desirée O and her work at http://DesireeO.com/ or follow her on Twitter @DesireeO.
Celebrity
Celebrity News
Celebrity Pregnancy
More From Celebrity News