America Ferrera Stakes Her Claim As an Activist With Many Hats 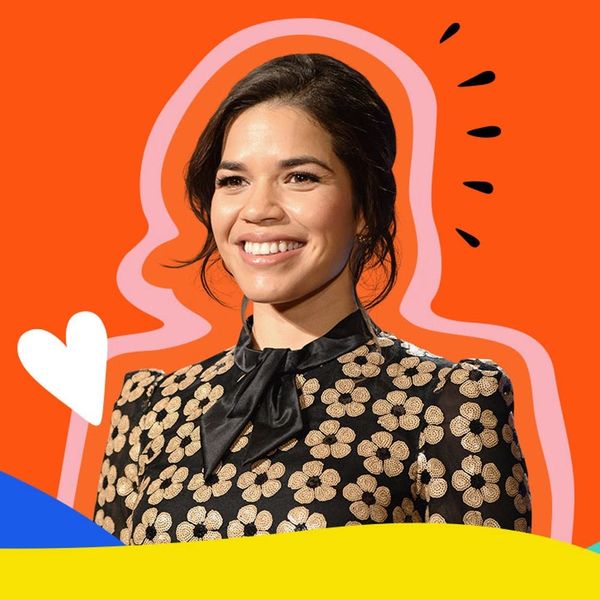 At the start of 2017, women stood together in solidarity at Women’s Marches from coast to coast and around the world, and actress America Ferrera was at the helm of the rallying cry as she delivered a memorable speech at the flagship march in Washington DC.

“It has been a heartwrenching time to be both a woman and an immigrant in this country,” Ferrera said as she addressed the crowd gathered to protest the Trump administration the day after his inauguration. Her now-iconic speech touched on both the challenges women encounter, in general, as well as the overlapping hardships faced by immigrants and the Latinx community. Her message of intersectionality reverberated far and wide during a bleak time for women and immigrants across the nation.

The actress and director, who rose to fame for her roles in The Sisterhood of the Traveling Pants and Ugly Betty (and the Disney original Gotta Kick it Up, for those of us who go way back!), has for years used her voice to advocate for women, Latinas and the LGBTQ+ community. A staunch supporter of Hillary Clinton, Ferrera joined Lena Dunham onstage at the 2016 Democratic National Convention to challenge Donald Trump and his statements on women and immigrants, proclaiming. Ferrera was also honored in 2017 by the Human Rights Campaign as a recipient of the Ally for Equality Award, recognizing Ferrera for her “unwavering commitment to advancing equality for all people.”

Most recently, Ferrera shared her own story of sexual assault in the midst of the #MeToo movement, opening up on Instagram with a harrowing account of abuse she endured as a child and declaring: “Ladies, let’s break the silence so that the next generation of girls won’t have to live with this bullshit.” The actress is definitely also an activist — and she wants you to know that she isn’t just one or the other, but a whole lot of other things, too.

“I am not just a Latina, I’m not just an activist, I’m not just a director, a producer, a creative person,” she told Vulture this year. “I’m all of these things, and I’ve finally come to a place in my life where not only is it okay for me to feed all of those things, but everything gets better when I do.”