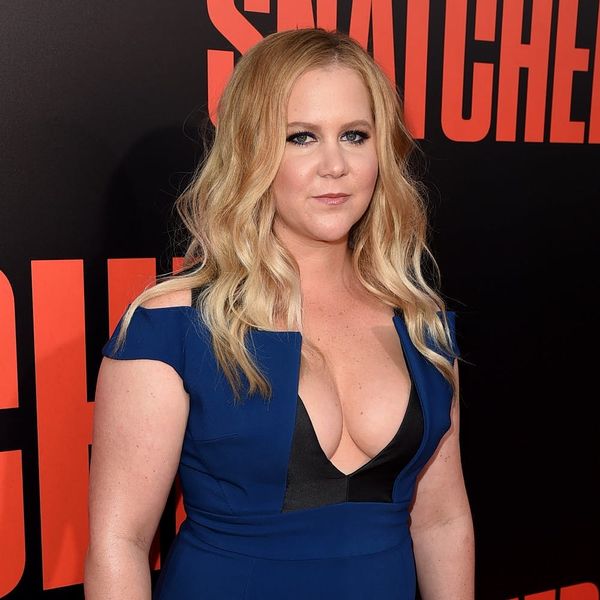 The news that Amy Schumer had broken up with her boyfriend, Ben Hanisch, was definitely unexpected. And while it sounds like the comedian is moving on, even joking about the “new dude” she’s seeing, she’s now opened up about their recent split in her signature eyebrow-raising way.

“I went through a breakup about a month ago. We were a year-and-a-half, you know, it’s not that bad,” the 36-year-old said on stage Thursday night at the Hilarity for Charity Variety Show in New York City.

And while it sounded like she was about to get personal, she instead took things in an unexpected direction, saying, “We went out with a couple who had been together a long time. We were trying to rush the intimacy. Like, I was trying to impress the girl, and I was like, ‘Well, he woke me up this morning with a fart!’” Oh. Oh my. Oh no.

She went on to joke about the new man in her life, saying, “I’m dating this new dude. He’s awesome. He’s like Stephen Hawking, sexually.” *sigh* She didn’t. But she did.

What do you think about Amy Schumer’s comments about her split and the “new dude” in her life? Let us know @BritandCo.