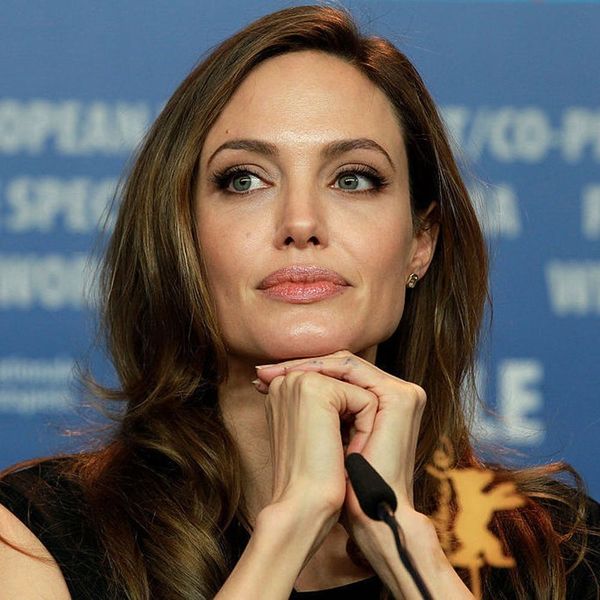 In her recent profile in Vanity Fair, Angelina Jolie talked about everything from her divorce and her Bell’s palsy diagnosis to her humanitarian work and her career behind the camera. One anecdote in the article recounted how casting directors allegedly set up a “game” for young Cambodian children who were chosen to audition for her new Netflix film, First They Killed My Father: A Daughter of Cambodia Remembers. The game actually sounded pretty aggressive and made even the biggest Jolie fans question the way the children were treated. Now, the actress-turned-director is clarifying exactly what happened.

In the cover story, the author explains that Jolie and her team “looked at orphanages, circuses, and slum schools, specifically seeking children who had experienced hardship.” When they found a group of children to audition, “[the casting directors] put money on the table and asked the child to think of something she needed the money for, and then to snatch it away. The director would pretend to catch the child, and the child would have to come up with a lie.”

According to VF, the casting directors settled on a young girl named Srey Moch, who “was the only child who stared at the money for a very, very long time,” according to Jolie. She became very emotional when she had to give the money back, and when asked what she wanted to use it for, “she said her grandfather had died, and they didn’t have enough money for a nice funeral.”

Not surprisingly, the story left people outraged and questioning the film’s casting methods. Jolie addressed the backlash in a statement to The Huffington Post over the weekend.

While Angelina Jolie's new @Netflix project was helping a country make film history, her relationship with Brad Pitt grew challenging: "Things got bad. I didn’t want to use that word. . . . Things became 'difficult.'" Read the full September cover story at the link in bio. Photograph by @mertalas and @macpiggott.

“Every measure was taken to ensure the safety, comfort, and well-being of the children on the film, starting from the auditions through production to the present,” she said. She added that the audition “game” was an improvisation exercise based on a scene in the film, and that no real money was involved. Jolie further clarified that parents, guardians, and nongovernmental organization partners, as well as doctors, were present both during auditions and filming.

“I am upset that a pretend exercise in an improvisation, from an actual scene in the film, has been written about as if it was a real scenario,” she said. “The suggestion that real money was taken from a child during an audition is false and upsetting. I would be outraged myself if this had happened.”

Rithy Panh, a Cambodian filmmaker and producer on First They Killed My Father, reiterated that the children on set were treated with the utmost care and respect. “Great care was taken with the children not only during auditions, but throughout the entirety of the film’s making,” Panh told HuffPost. “Because the memories of the genocide are so raw, and many Cambodians still have difficulty speaking about their experiences, a team of doctors and therapists worked with us on set every day so that anyone from the cast or crew who wanted to talk could do so.”

What do you think of Angelina Jolie’s clarification? Tell us @BritandCo.