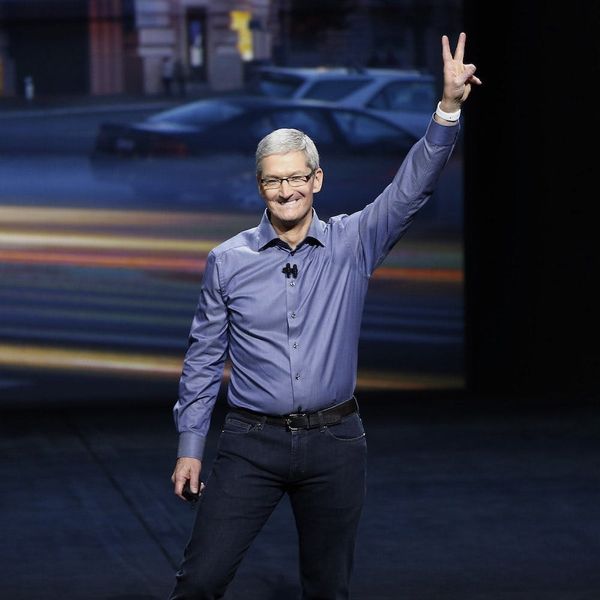 Eek, it’s almost Apple season — and we’re talking about the Cupertino-based tech company, not the fruit. If history is to repeat itself (and for Apple, it often does), March marks the bi-annual reveal when Apple showcases all their new releases. The folks over at 9to5Mac have an inside source who is spilling some Apple secrets… then again, these could always be more unfounded rumors. Currently, Apple’s March Event is anticipated to go down on March 14, though in typical Apple fashion, nothing has been confirmed. Here are all the supposed products you need to keep your eyes peeled for at the event. Fingers crossed these are true!

We’ve been calling it the 6C, some have boldly called it the 7 but now word on the street is that the tech giant plans on bestowing this mini handset the name iPhone 5se. Interesting choice, Apple, if this is true. The “se” is meant to stand for “special edition” and as for why it’s the iPhone 5se and not the 6se, that’s because this phone is considered an update on Apple’s iPhone 5C that was released back in 2013 and not an improvement on the 6S that was released in Fall 2015. When it comes to how it’ll look physically, according to 9to5Mac, there won’t be any hard edges like the 5C. Instead, the phone is said to have “softer curves like on the iPhone 6.”

The pressing question on everyone’s lips is, will the Apple Watch 2 be there or won’t it? There’s disturbing murmurings going around that the Apple Watch 2 is getting pushed back to Fall of 2016, but 9to5Mac is reporting, there will be several new bands at least. Allegedly, Apple will be showcasing new Apple Watch models at the March event, including a particularly chic all-black version of the popular Milanese Loop. As for the hardware? We’ll have to wait and see.

9to5Mac noted, iPad sales have fallen significantly since this quarter last year — by a whopping 25 percent! — but looks like Apple is on the move to recoup those losses with their latest update to the iPad Air. The Air 2 debuted in October of 2014 and hasn’t gotten a makeover since. The Air 3, which is reportedly getting unveiled on March 14, could feature an LED flash on the iPad for better photo taking, Apple Pencil compatibility and better audio quality. Exciting!
Kimberly Wang
Kimberly Wang writes about all things pop culture, tech, style, and beauty. She's a Bay Area transplant and has an MFA in Creative Writing from Columbia University. On a sunny New York day, you can find her hanging out with her mini schnauzer Isabelle Jellybean on a blanket in Central Park.
Apple
Tech
Apple iPhone Tech News
More From Tech