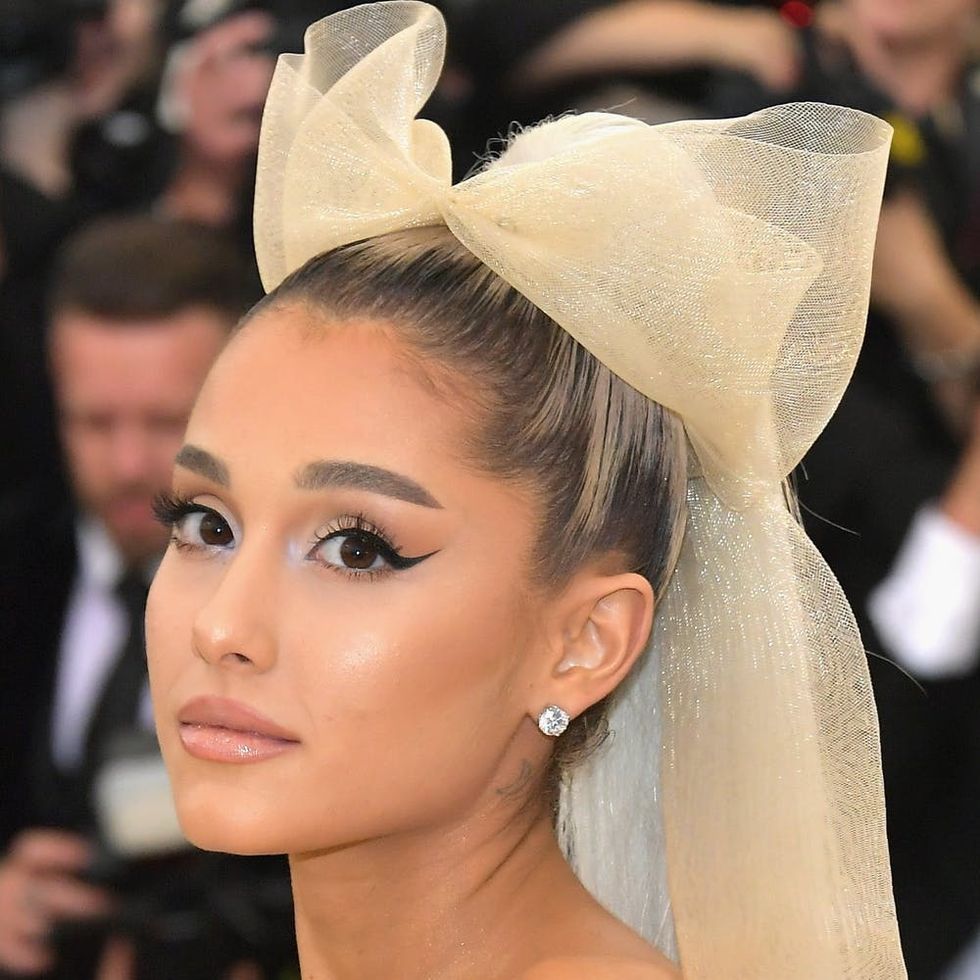 At this point, we’re pretty used to Ariana Grande making dramatic hair color changes. But whether she’s sporting platinum blonde locks or shimmery silver grey, one thing always stays firmly intact: her famous ponytail. Grande without her signature sky-high pony is a truly rare sight, so when she ditched her famous updo for the cover of British Vogue in a gorgeous new makeunder, it stopped us dead in our tracks.

Reflecting on the year that changed everything, @arianagrande covers the July issue of @britishvogue, shot by @craigmcdeanstudio and styled by @kphelan123, wearing @chanelofficial, and interview by @gileshattersley. Hair by @chrisappleton1 and make-up by @markcarrassquillo, manicure by #NatalieMartins. On newsstands Friday 8 June.

Ahead of the release of her new album, the “No Tears Left to Cry” singer appeared on the British fashion glossy’s July 2018 cover, and instead of her ever-present sky-high style, she’s rocking long, layered, sunny blonde strands… and we love it.

Showing off a more natural beauty look, Grande let her freckles show through, adding a rosy pink lip and minimal eye makeup that was positively flawless. But if you thought the Sweetener album era means that the 24-year-old is saying farewell to her signature look, fear not — just last month, she told The Fader that her pony is here to stay.

The “Into You” crooner spilled, “The pony has also gone through an evolution, and I’m proud of that. Old pony? I don’t know if she’s that girl. But new pony? I like her. I mean, it’s like a Victoria Secret angel without angel wings. It’s still her without them, but when she’s with them it’s like, Ohh, I get it, she’s an angel.”

In fact, Grande’s hair guru Patrick Ta shared photos of his uber-famous client’s latest hair switch-up over the weekend. She went from silver back to her natural brunette shade… but the go-to ‘do is still there in all its glory.

Did you recognize Ariana without her signature sky-high pony? Sound off @BritandCo!

Arielle Tschinkel
Arielle Tschinkel is a pop culture junkie who went to NYU because the Olsen twins went to NYU (really). She is a freelance writer whose work has also been featured on HelloGiggles, Refinery29, SheKnows, Bustle, Hollywood.com, and many others; and she's living her dream one Britney Spears GIF at a time. Follow her on Twitter @mrstschinkel or visit her website at arielletschinkel.com.
Celebrity Beauty
Beauty News
Celebrity BeautyCelebrity HairPonytailUpdo

8 Common Dream Themes & What Each Ones Mean